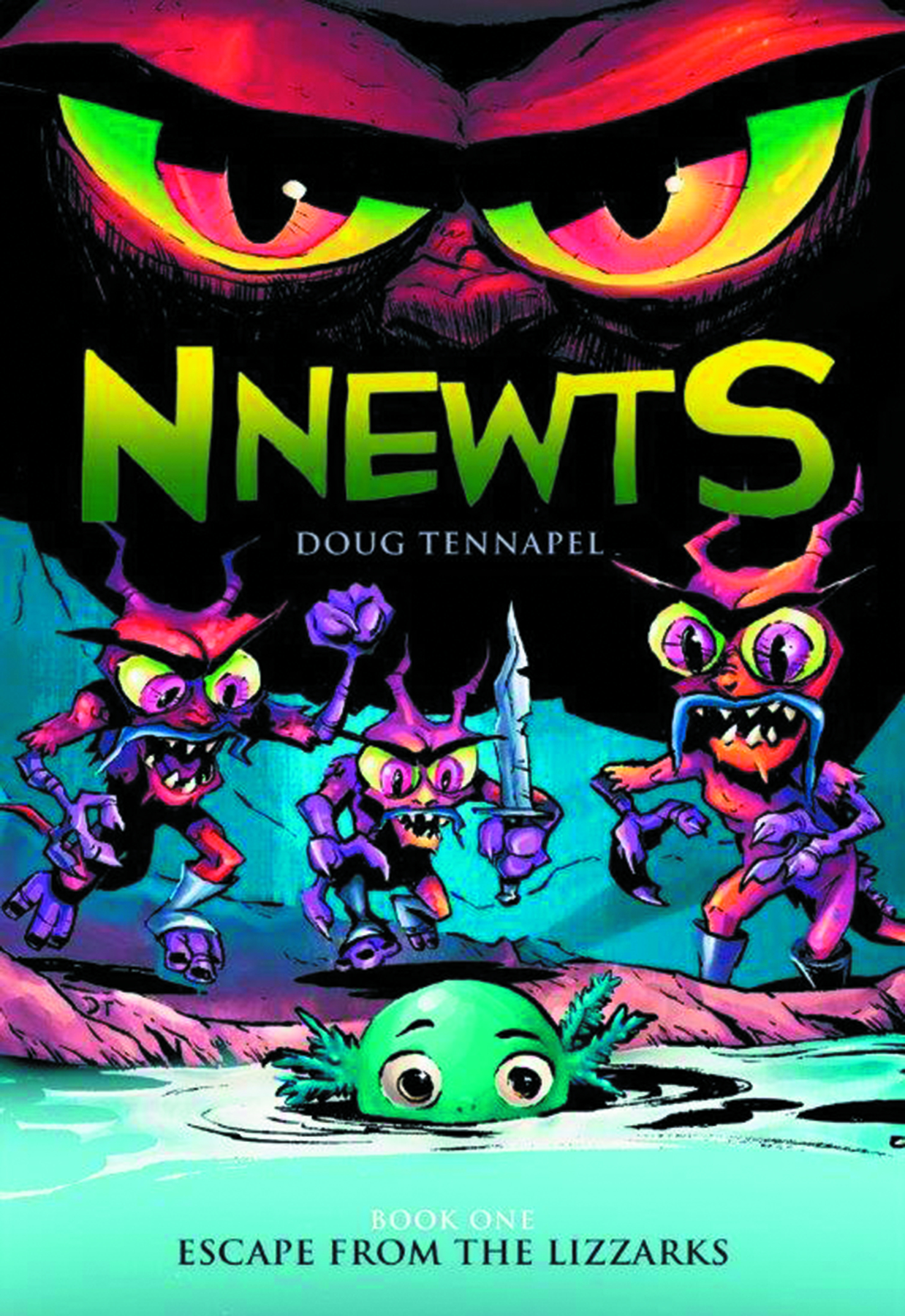 OCT141510
(W) Doug TenNapel (A/CA) Doug TenNapel
Herk, a lovable Nnewt, longs for stronger legs, something his mother and father wish they could give him. When his quaint village is attacked by the reptile Lizzarks, he's forced to flee his home and leave behind the only life he's ever known. Now, all alone and on the run, Herk navigates a dangerous world filled with strange creatures and mysterious wonders, where friends are few and an evil lord is in hot pursuit.
In Shops: Dec 24, 2014
SRP: $10.99
View All Items In This Series