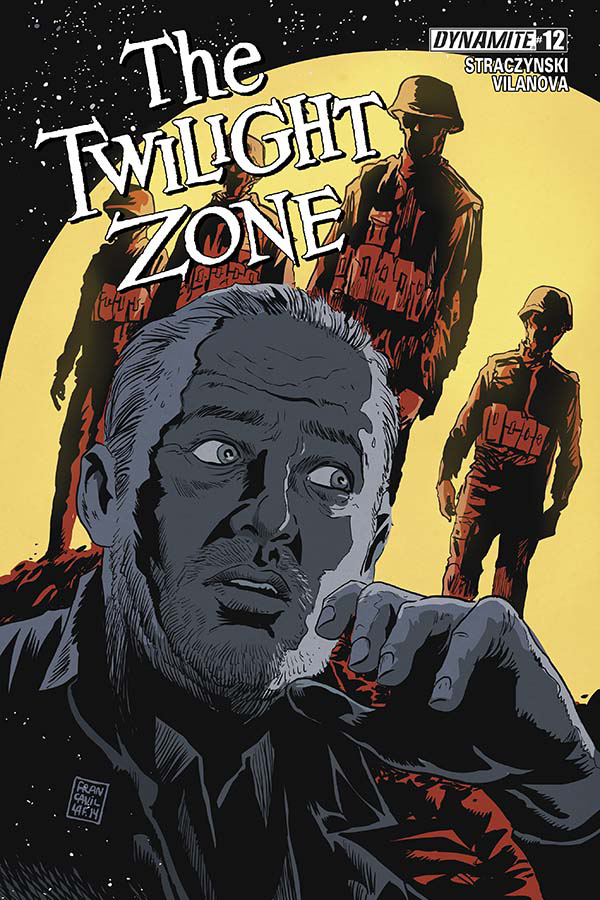 OCT141389
(W) J. Michael Straczynski (A) Guiu Vilanova (CA) Francesco Francavilla
The final issue of J. Michael Straczynski's epic return to The Twilight Zone!  Wall Street embezzler Trevor Richmond, who exchanged one life for another and ended up with neither...barrista Diana Westby, who blinked in the face of nuclear terror and disappeared into an eternity of fear...and private investigator Roy Chambers, who has entered the past and must make the ultimate sacrifice for another...three stories, three lives that converge in this final issue.  One final choice in this final issue has the potential to save all of them...or destroy them.  You may think you know what happened in the first eleven issues of this series, but can you ever really be sure about anything...in the Twilight Zone?