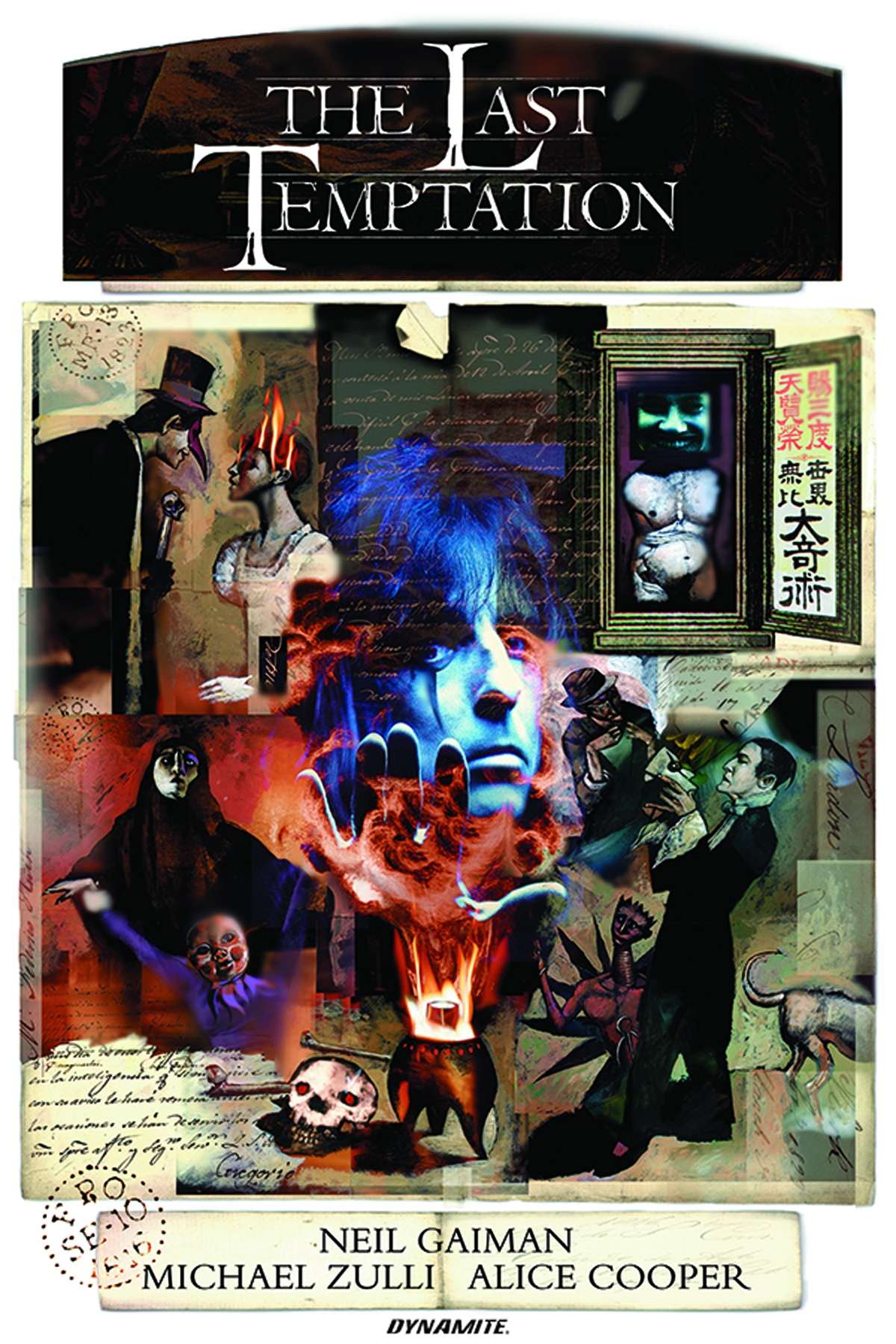 OCT141376
(W) Neil Gaiman (A) Michael Zulli, David Curiel (CA) Dave McKean
Signed by Neil Gaiman and remarqued by Michael Zulli! Revisit this tall tale in its new stunning, hardcover format by Neil Gaiman, Alice Cooper and Dave McKean! Re-enter the world of the Grand Guignol and the Theatre of the Real as Dynamite celebrates the release of the fully colored and totally remastered version of Alice Cooper and Neil Gaiman's terrifying series, Last Temptation. Young Steven has a grave choice to make- will he join the Showman and accept the horror? Featuring remastered Michael Zulli art by David Curiel at InLight Studios! Also, the collection contains complete scripts to all three issues, Neil Gaiman's original correspondence with Alice Cooper, and Neil Gaiman's original outline.  The Remarqued edition is limited to only 250 copies in the world!
In Shops: Dec 09, 2015
SRP: $95.00