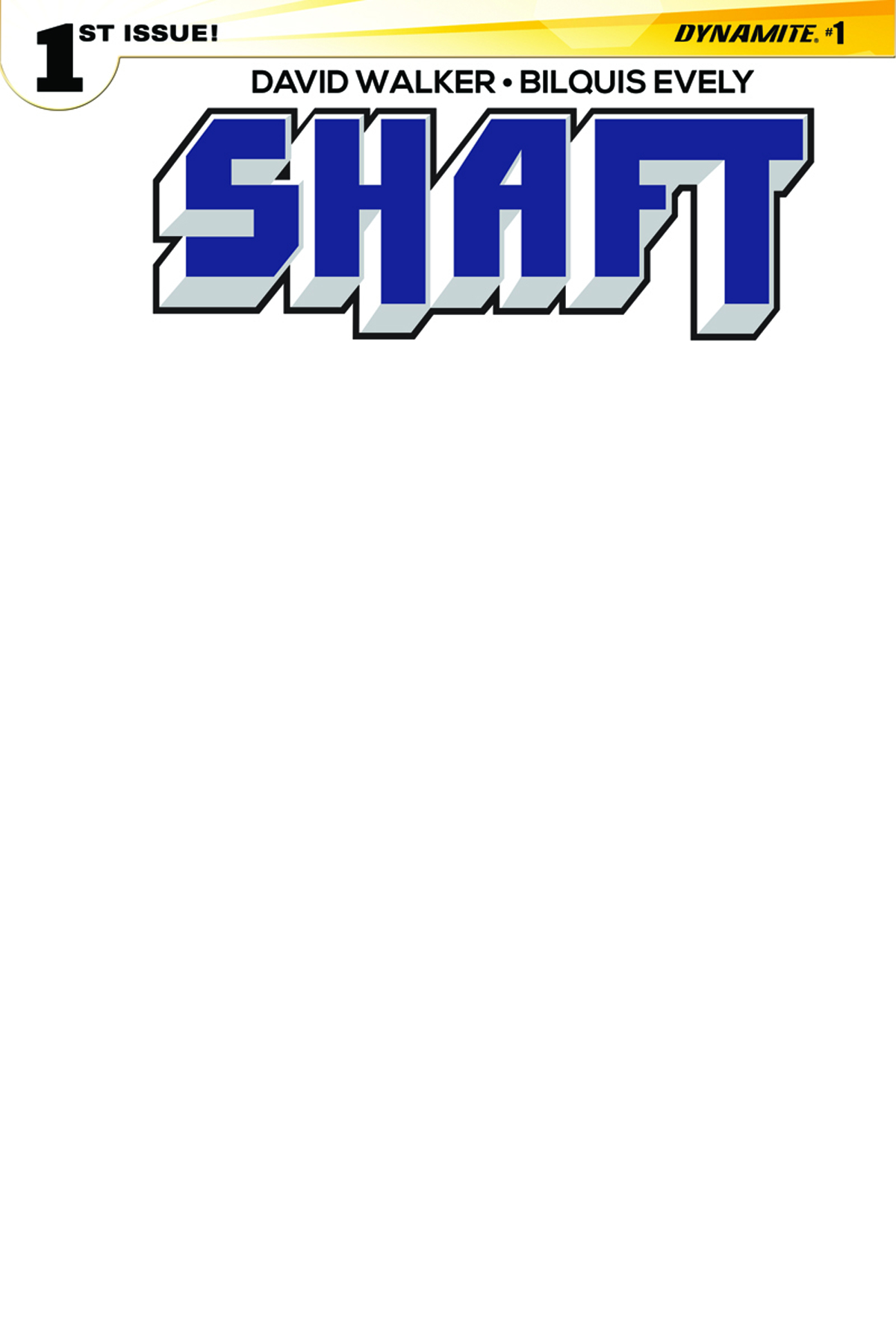 OCT141254
(W) David Walker (A) Bilquis Evely (CA) Blank Cover
The Blank Authentix Edition features the same great story, but a blank cover that you can get your favorite artist to draw! The Blank Authentix Edition is only available for issue #1. In this issue, iconic hero Shaft makes his comic book debut in an all-new adventure. He's gone toe-to-toe with organized crime bosses, stood up to the cops, squared off against kidnappers, and foiled assassination attempts. But who was John Shaft before he became the hardboiled investigator with a reputation as big as New York City itself?
In Shops: Dec 03, 2014
SRP: $10.00
View All Items In This Series
ORDER WISH LIST