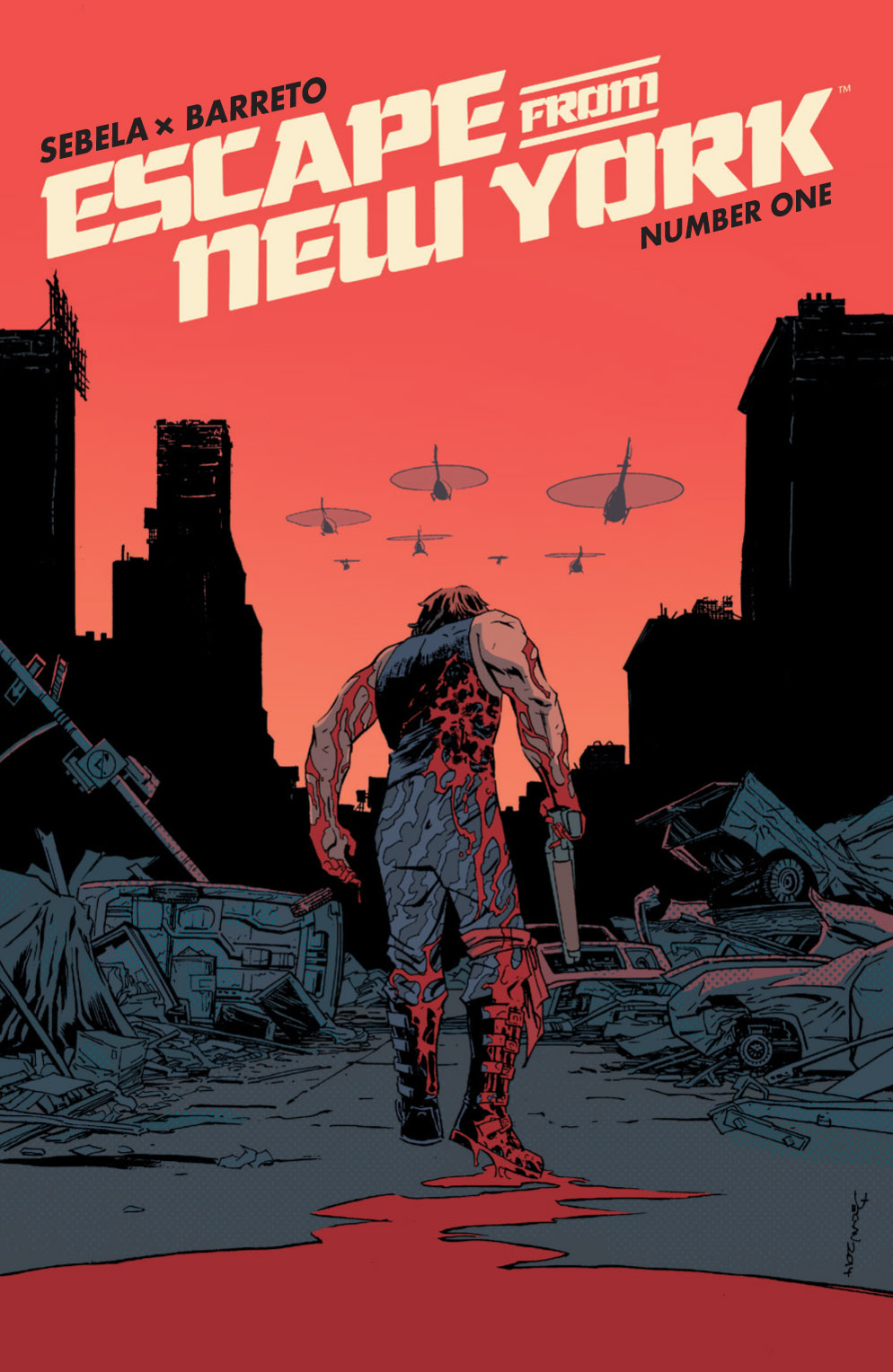 OCT141122
(W) Christopher Sebela (A) Diego Barreto (CA) Declan Shalvey, Tim Bradstreet
WHY WE LOVE IT: We can't get enough John Carpenter! It means so much to us to have brought BIG TROUBLE IN LITTLE CHINA to comics the right way. The response has been so strong that we knew we had to bring another Carpenter classic to comics in a style and approach that does ESCAPE FROM NEW YORK  justice.
WHY YOU'LL LOVE IT: If you already love the ESCAPE FROM NEW YORK film, this is a noBut if ESCAPE FROM NEW YORK is new to you, writer Christopher Sebela has been garnering high praise for his recent BOOM! Studios original DEAD LETTERS, as well as for his Eisner Awardoriginal, HIGH CRIMES.
WHAT IT'S ABOUT: The crime rate in the United States has risen 400 percent. After humiliating the President in front of the world and destroying America's one chance to end World War III, Snake Plissken has become America's Most Wanted man in a land of criminals and the insane. Everyone wants Snake dead. Luckily, Snake knows the feeling all too well. War hero. Outlaw. Renegade. Snake's back!
In Shops: Dec 03, 2014
SRP: $3.99
View All Items In This Series