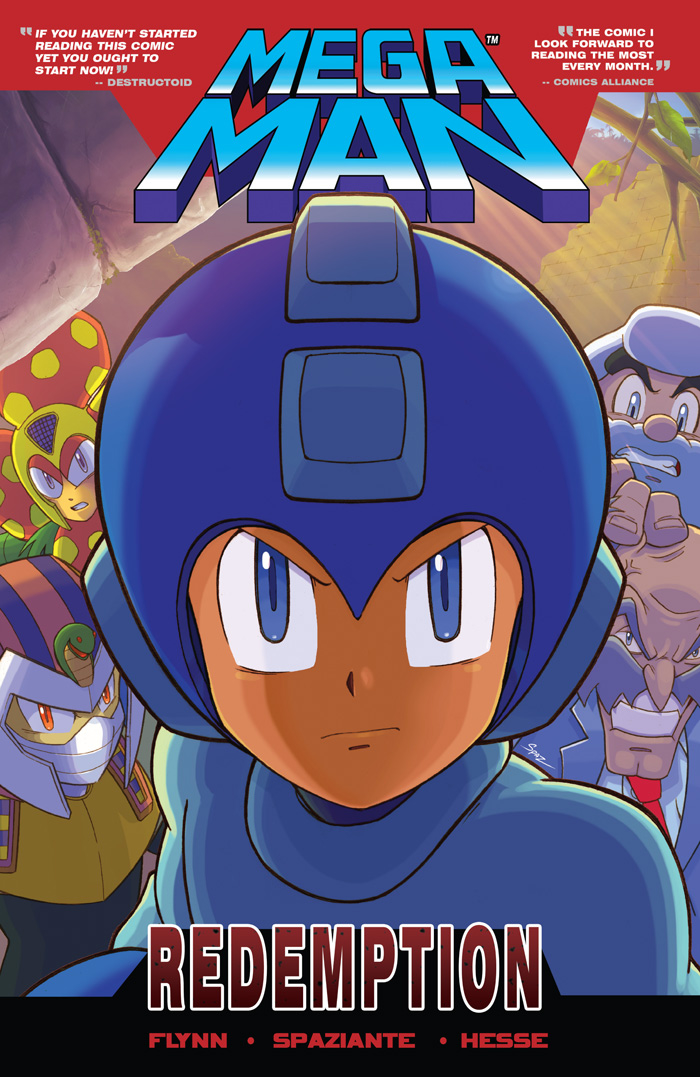 OCT141022
(W) Ian Flynn (A) Gary Martin, John Workman, Matt Herms, Tyson Hesse, POWREE, Rick Bryant (A/CA) Patrick Spaz Spaziante
The Future Is Now in the next chapter in the Mega Man graphic novel saga! Mega Man took up his Mega Buster to stop the evil ambitions of Dr. Wily. That means Dr. Wily is his greatest enemy--right? Not according to the Doctor! He says he was being used by the terrifying Ra Moon, and to prove it, he saves Mega Man's life! What is the truth behind Dr. Wily? Is he plotting something sinister yet again, or has he really been the victim all along? Mega Man embarks on a mission that will test his courage as much as his skill to find out the truth! Featuring the first-ever look at the world of Mega Man X in comic book form, as drawn by Sonic legend Patrick "Spaz" Spaziante!
In Shops: Jan 28, 2015
SRP: $11.99
View All Items In This Series