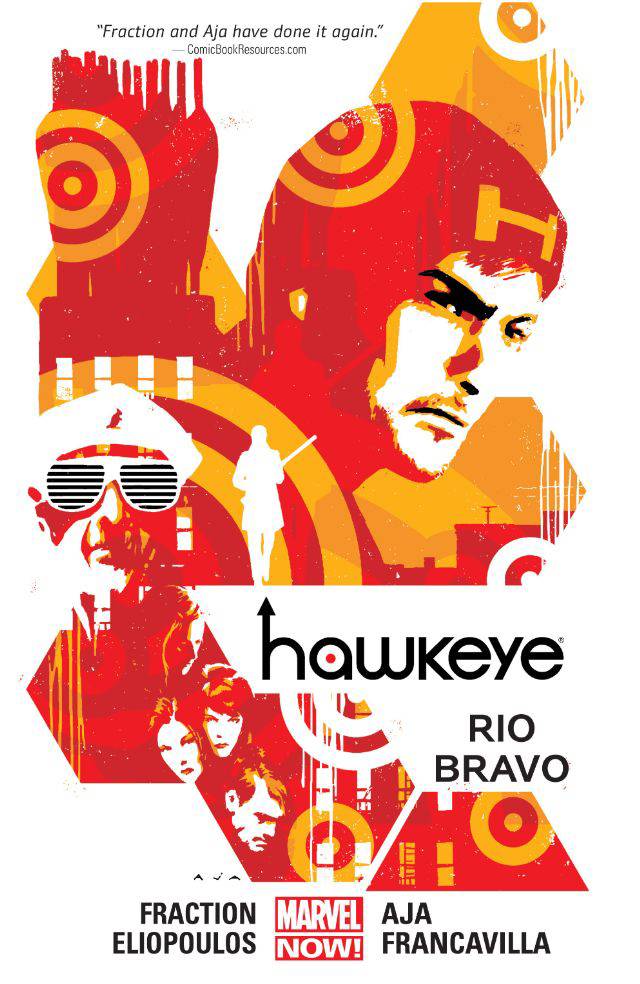 #
OCT140937
(W) Matt Fraction (A) Various (CA) David Aja
Reeling from recent events, even Hawkeye wants to know his new status quo. Who's with him? Who's against him? Who's trying to kill him, and why? And just when Clint's rock bottom couldn't arrive fast enough, his brother shows up. After a lifetime of bad decisions, Clint and Barney Barton have to realize that they are brothers - and, ultimately, they're the only ones who can save one another. If they don't kill each other first. Now, the brothers Barton double down as the Clown and the Tracksuit Draculas lay siege to their building. Can Hawkguy keep everyone safe? Deafened and bloodied, will the Bartons make easy pickings for the Tracksuits? Ever seen Rio Bravo? It's the final chapter of Matt Fraction and David Aja's critically acclaimed reinvention of the arrowed Avenger! Don't miss it, bro. Collecting HAWKEYE (2012) #17, #12-13, #15, #19 and #21-22.
Rated T+
In Shops: Jul 29, 2015
SRP: $17.99
View All Items In This Series
ORDER WISH LIST