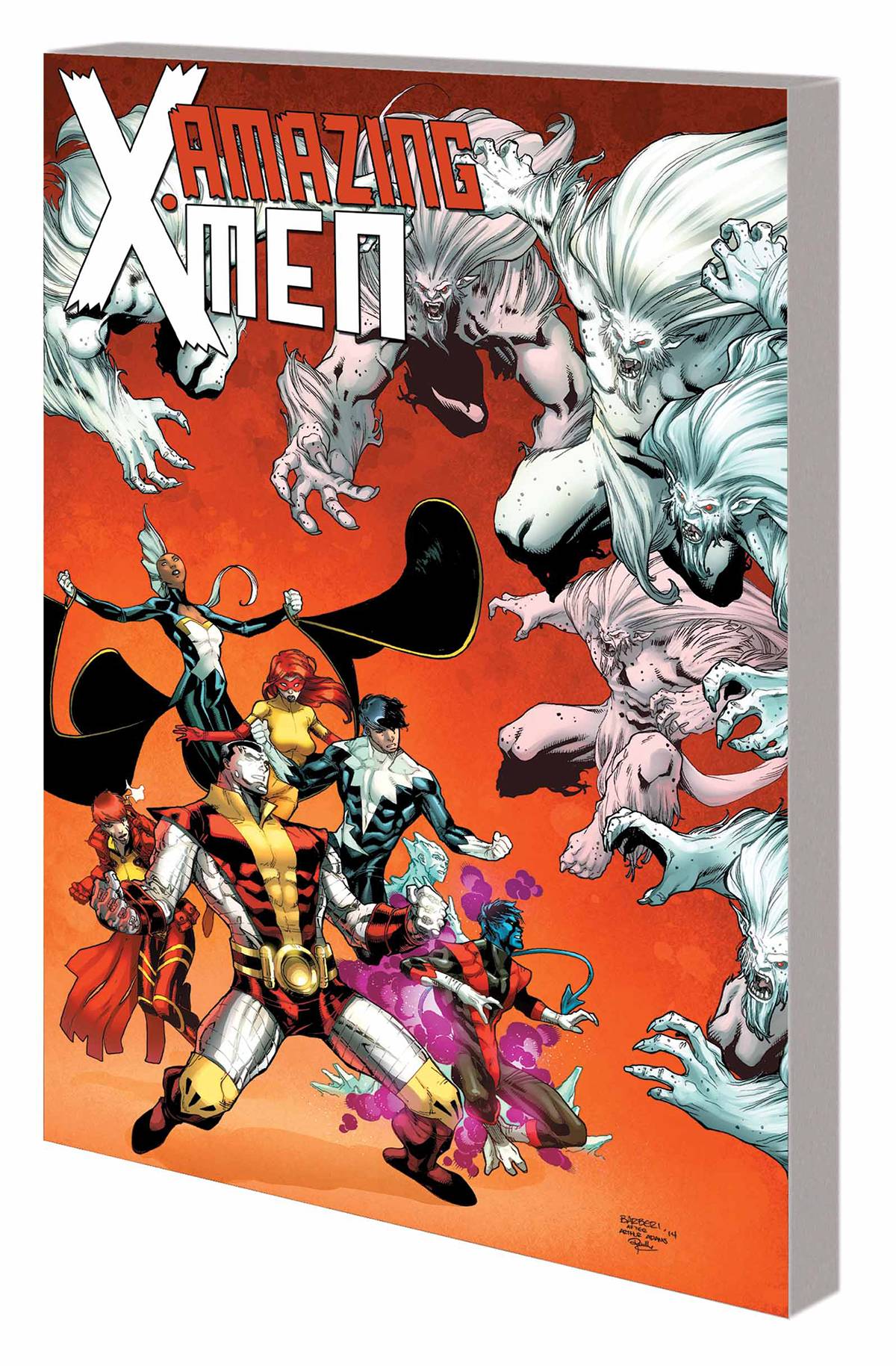 OCT140934
(W) Kathryn Immonen, Craig Kyle, Christopher Yost (A) Paco Medina, Ed McGuinness (A/CA) Carlo Barberi
Writers Craig Kyle and Chris Yost return to the X-Men! When Wolverine discovers an old friend is missing, his visit to Canada soon transforms into a hairy situation. The Wendigo virus is running rampant, changing people into flesh-eating monsters! Now, the X-Men and Alpha Flight must fight to stop the growing tide of Wendigos from consuming everything and everyone in their path - a task made harder when an X-Man falls prey to the deadly disease! Desperate, the X-Men take the fight to the Spirit Realm, but how do the Great Beasts fit into this mayhem? And will even the combined forces of the X-Men and Alpha Flight be enough to save Canada from this cannibalistic plague? Plus: Iceman, Firestar and Spider-Man must renew their amazing friendship to save New York City! Collecting AMAZING X-MEN (2014) #7-12.
Rated T+
In Shops: Dec 24, 2014
SRP: $17.99
View All Items In This Series