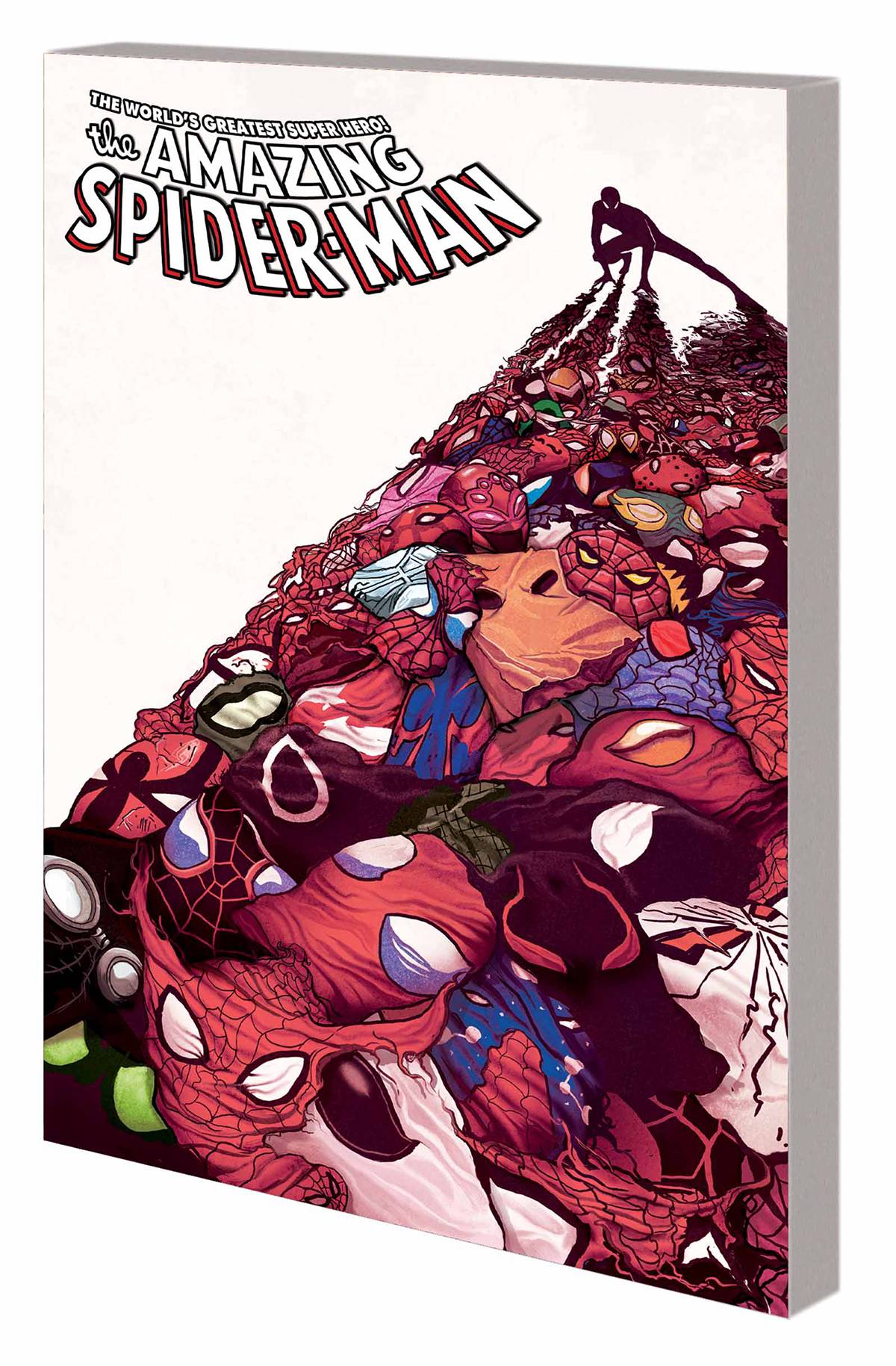 #
OCT140932
(W) Dan Slott, Christos N. Gage (A) Adam Kubert (A/CA) Giuseppe Camuncoli
Step over the edge of Spider-Verse! In the year 2099, the Superior Spider-Man lives on - but how? Otto takes the fight to Karn, the man working his way through the multiverse leaving a trail of dead spiders in his wake, but finds himself hopelessly overpowered. Will the time-lost Superior Spidey find enough allies to make a dent in Karn's plans? Meanwhile, the real Spider-Man teams up with the all-new Ms. Marvel in a highflying (high-stepping in Kamala's case) adventure! Can Ms. Marvel get Spidey out of a jam? Plus: MC2's Spider-Girl and the Spider-Man of 1602 find themselves under attack from the mysterious forces behind Spider-Verse! And who is Spider-UK? The road to Spider-Verse starts here! Collecting AMAZING SPIDER-MAN (2014) #7-8, SUPERIOR SPIDER-MAN #32-33 and material from FREE COMIC BOOK DAY 2014 (GUARDIANS OF THE GALAXY) #1.
Rated T+
In Shops: Jan 07, 2015
SRP: $17.99
View All Items In This Series
ORDER WISH LIST