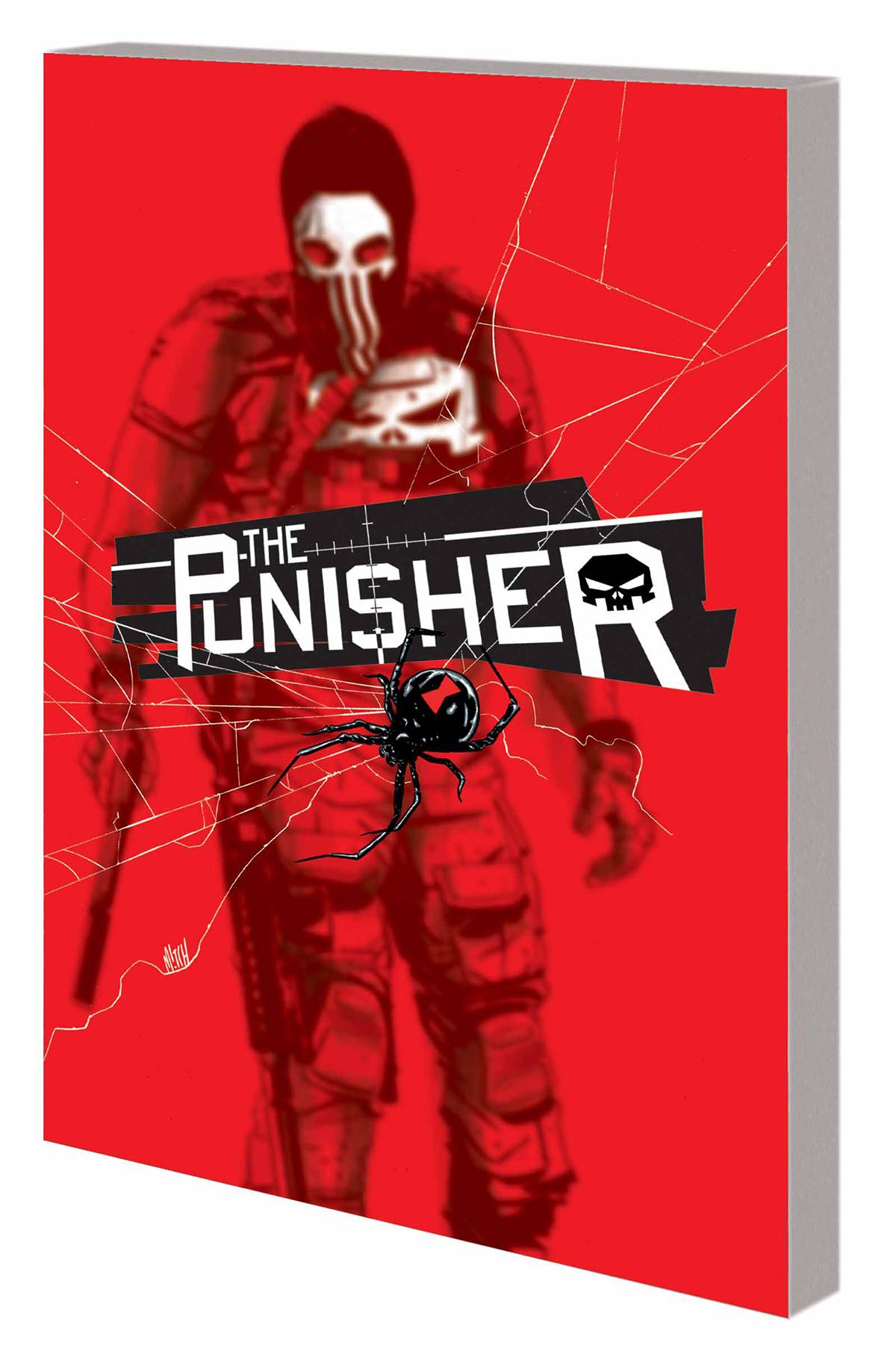 #
OCT140931
(W) Nathan Edmondson, Kevin Maurer (A) Various (CA) Mitch Gerads
Bestselling author Kevin Maurer joins Nathan Edmondson for a story of jungle warfare! American soldiers are being held by a South American drug lord, when a new prisoner arrives: Frank Castle! But not all is as it seems on either side of the bars, and now a wounded Frank and a Special Forces medic must hazard dangerous terrain and merciless mercenaries to escape! Then, the Punisher finds himself fighting alongside - or against? - Black Widow for access to a deadly criminal network. But can either survive being trapped on an abandoned oil rig with Crossbones and his Skull Squad? And back in Los Angeles, a new crimelord with a personal vendetta against Frank Castle has arisen - and the Howling Commandos set their sights on Frank! Can the Punisher save his adopted home? Collecting PUNISHER (2014) #7-12 and BLACK WIDOW (2014) #9.
Parental Advisory
In Shops: Jan 07, 2015
SRP: $17.99
View All Items In This Series
ORDER WISH LIST