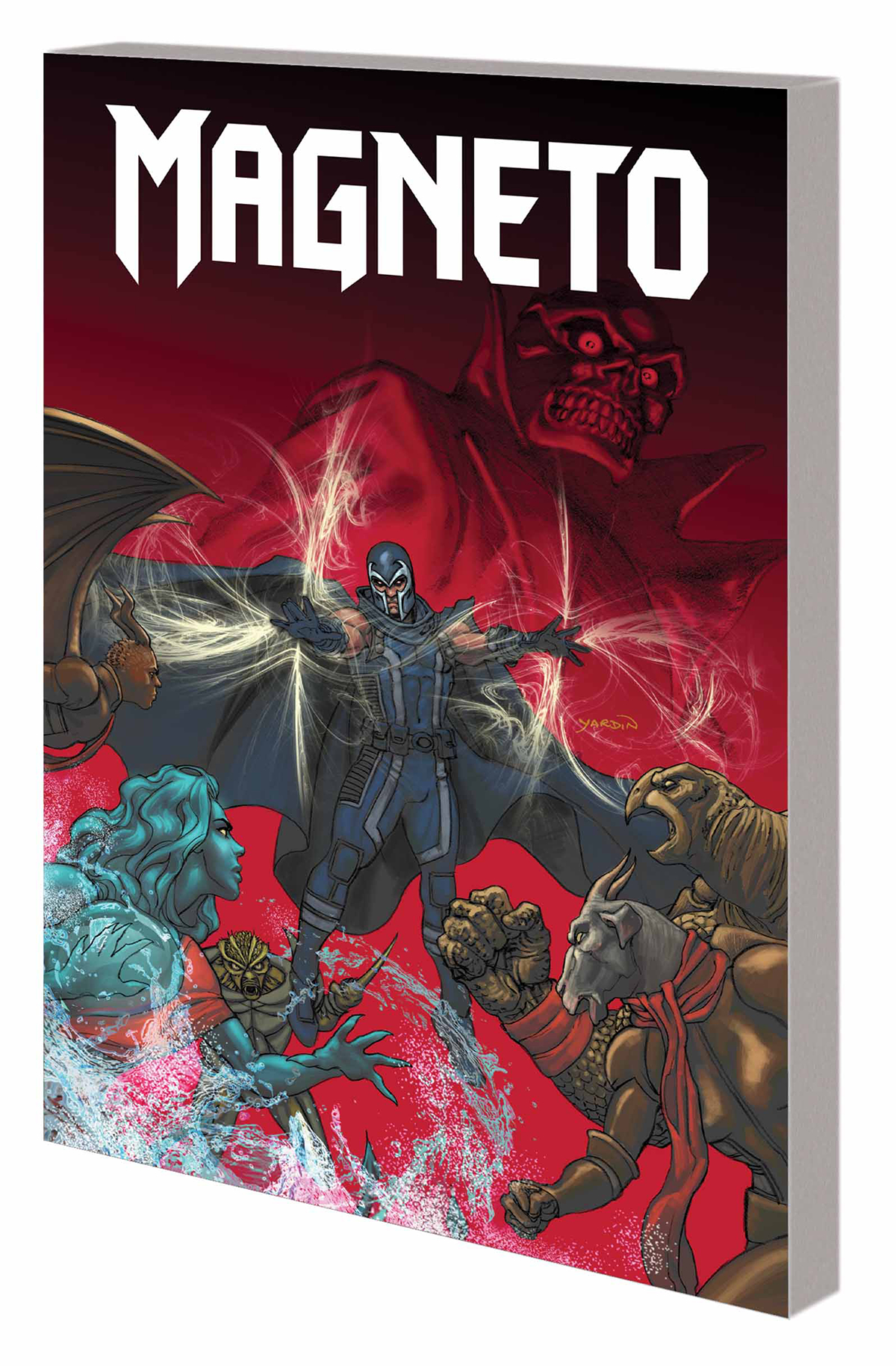 OCT140928
(W) Cullen Bunn (A) Javi Fernandez, Gabriel Hernandez Walta (CA) David Yardin
AXIS tie-in! Magneto was once arguably the most powerful mutant on the planet. But recently, his powers have been reduced to a whisper of what they once were. How far will he go to become the Master of Magnetism once more? When Magneto discovers that mutants are being hauled away to a re-education camp, he investigates - and learns that the Red Skull is behind the operation! And worse, the villain possesses the brain and powers of Magneto's deceased friend, Charles Xavier! Taking this affront personally on many levels, Magneto vows to bring down the Red Skull once and for all - but as the Skull sends the world into a spiral of destruction, will Magneto crumple before the maniac who's using Professor X's formidable telepathic powers to usher in his new, terrifying Reich Eternal?
Collecting MAGNETO (2014) #7-12.
Parental Advisory
In Shops: Jan 21, 2015
SRP: $17.99
View All Items In This Series
ORDER WISH LIST