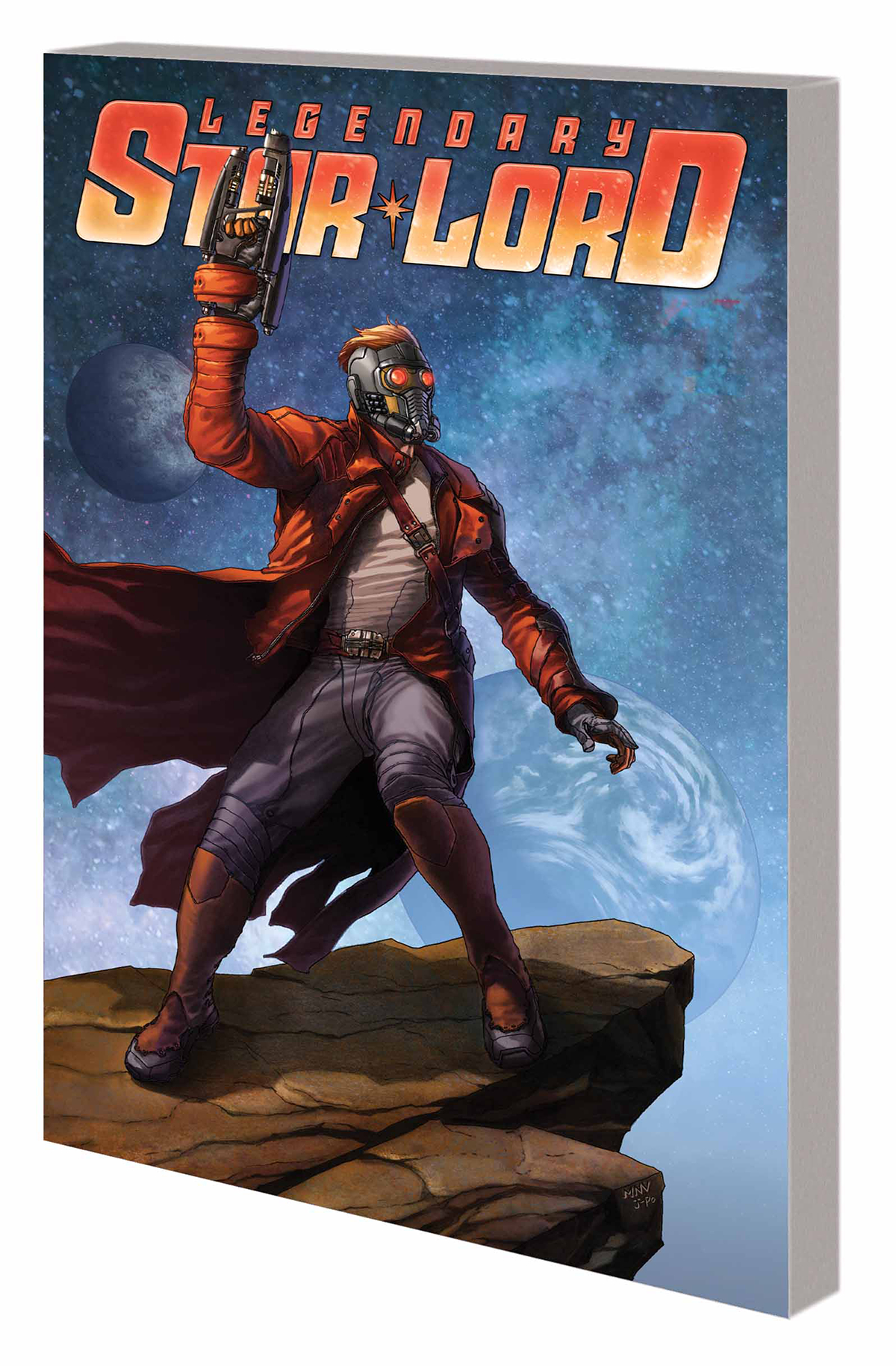 OCT140927
(W) Sam Humphries (A) Paco Medina, Freddie Williams II (CA) Steve McNiven
Exploding from the pages of GUARDIANS OF THE GALAXY! Peter Quill battles the Badoon, saves an orphanage and still finds time to flirt with the X-Men's Kitty Pryde - all in a day's work for the legendary Star-Lord! But when Peter is captured by a bounty hunter with a strange connection to his past, can the two make amends before he's fed to a giant alien? A Badoon death sentence isn't exactly Peter's idea of a good time - luckily, he's got an ace up his sleeve. But Star-Lord soon encounters the all-powerful Titan responsible for so much mayhem in his life: Thanos! It's the battle to end all battles, but can Star-Lord possibly get out alive?! If he does, the vicious Mister Knife and the ancient cosmic artifact known as the Black Vortex are waiting. Collecting LEGENDARY STAR-LORD #1-5.
Rated T
In Shops: Jan 21, 2015
SRP: $16.99
View All Items In This Series
ORDER WISH LIST