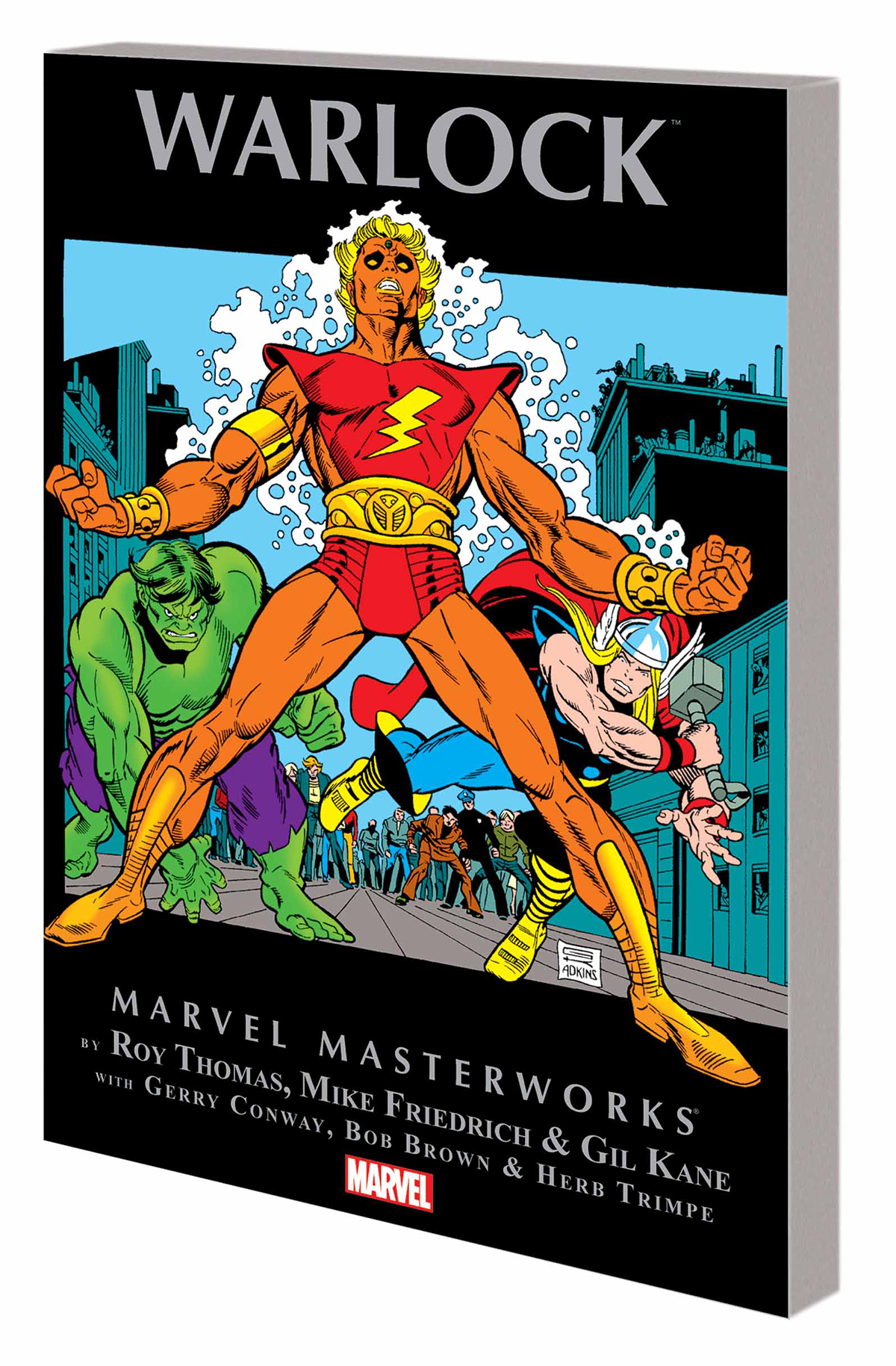 OCT140922
(W) Various (A) Various (CA) Gil Kane
In 1972, Marvel Comics marched into a new era - an era in which super heroes increasingly reflected the world's turmoil and social unrest. And the hero for that era was the newly christened Adam Warlock! Mixing action and allegory, Roy Thomas and Gil Kane armed the character that Stan and Jack called "Him" with the sublime Soul Gem, and launched him on a wild ride across the cosmos to Counter-Earth. Hastened by the High Evolutionary to become the savior of this parallel planet, Warlock must rally humanity against the evil of the Man-Beast! This volume is a can't-miss foundation for Marvel's cosmic era, so reserve your copy today! Collecting MARVEL PREMIERE #1-2, WARLOCK (1972) #1-8 and INCREDIBLE HULK (1968) #176-178.
Rated T
In Shops: Dec 24, 2014
SRP: $24.99
View All Items In This Series