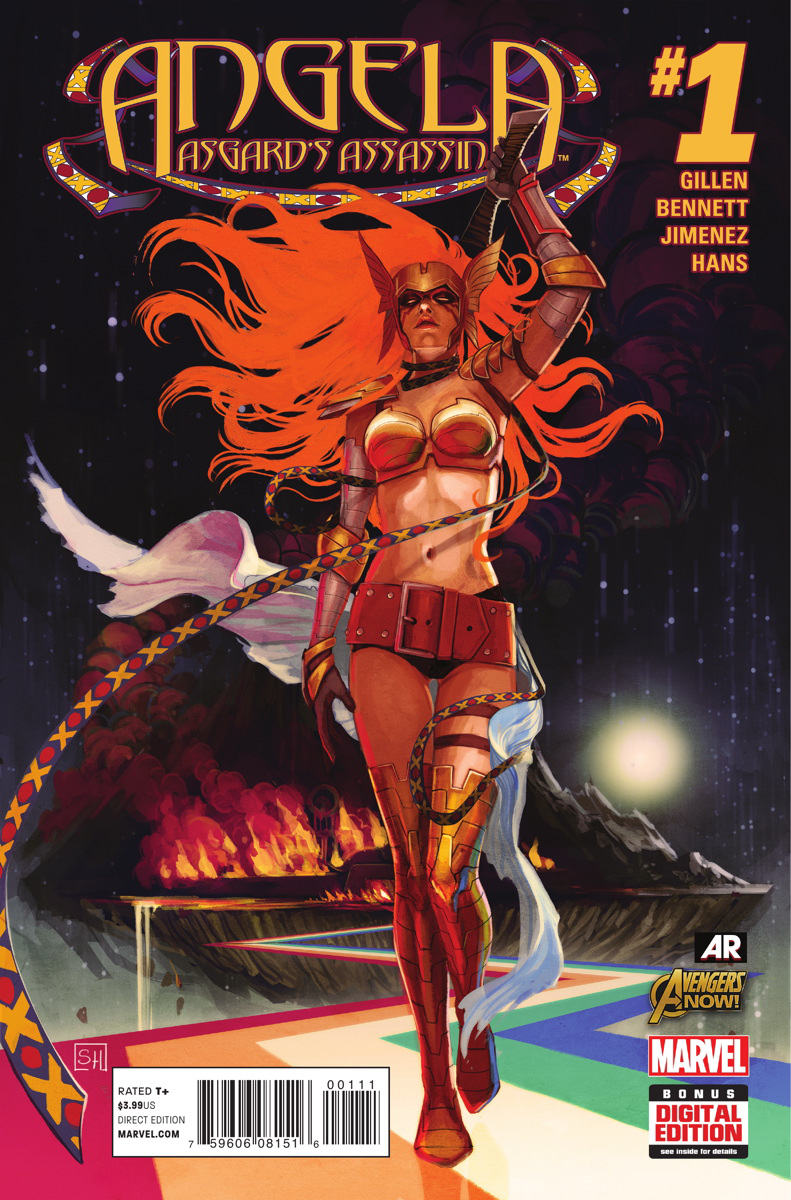 OCT140809
(W) Kieron Gillen, Marguerite Bennett (A) Phil Jimenez, Tom Palmer (A/CA) Stephanie Hans
• All her life, Angela -- the finest warrior of Heven -- was raised to hate Asgard with every fiber of her being.
•  And now Angela knows the truth about her identity: She is Thor's sister. She is an Asgardian.
•  Cast out of her home and wanting nothing to do with Asgard, Angela must now strike out on her own!
•  But what does Angela have that both Asgard and Heven want? And why are they so eager to get it?
•  Visionary writers Kieron Gillen and Marguerite Bennett team with the legendary art team of Phil Jimenez and Stephanie Hans to finally throw the spotlight onto the Marvel Universe's most dangerous inhabitant!
Rated T+
In Shops: Dec 03, 2014
SRP: $3.99
View All Items In This Series