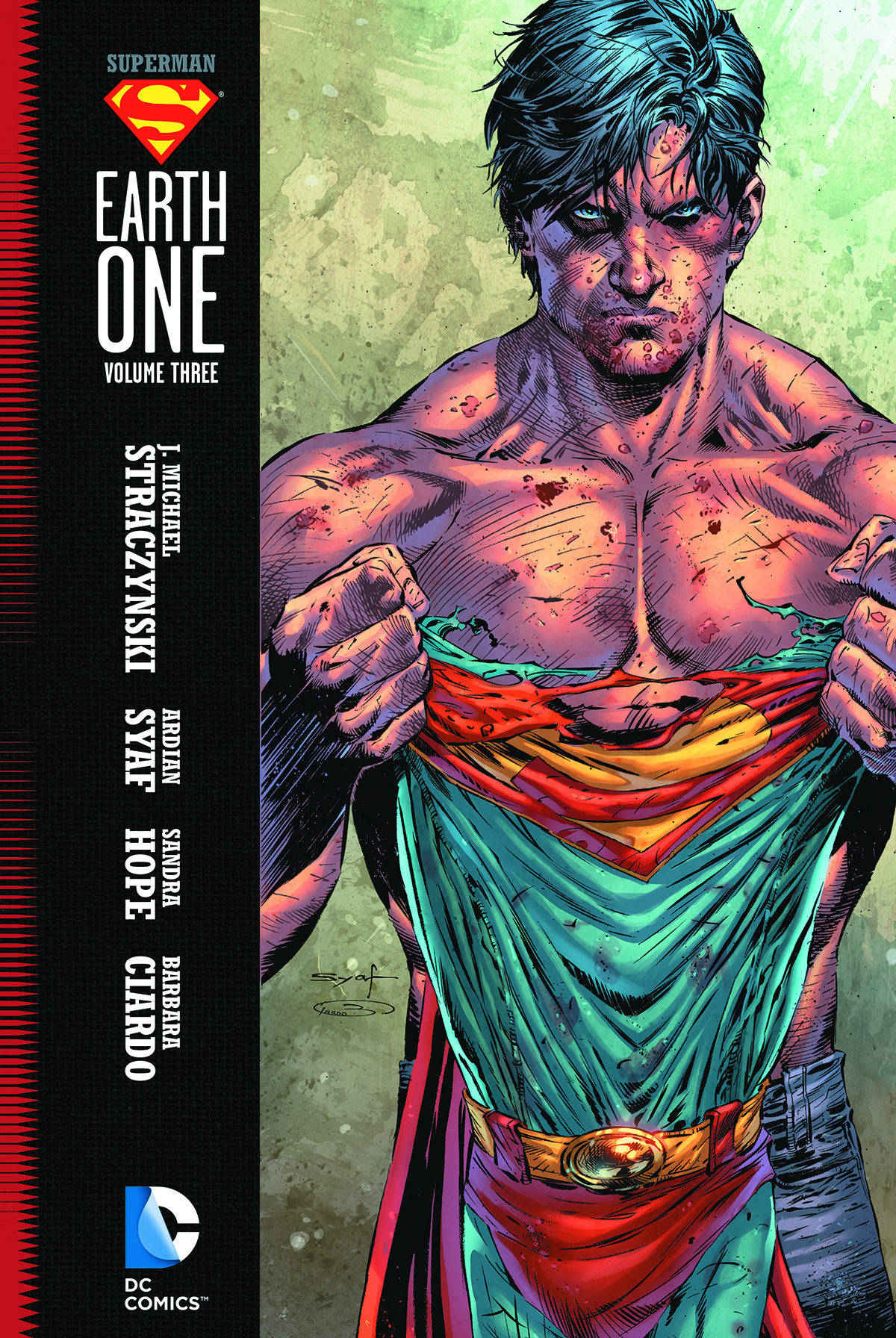 OCT140340
(W) J. Michael Straczynski (A) Sandra Hope (A/CA) Ardian Syaf
Who will save Superman? He may be invulnerable - but he's also alone! In his brief career as a costumed hero, Clark Kent has run a gantlet of the world's most deadly and monstrous villains. But his most dire threat may come from two powerless humans who happen to be the two smartest people on the planet. Lex and Alexandra Luthor have been paid to find a way to cancel Superman's powers - and the man who destroyed Krypton has been welcomed by the world's governments to complete his mission - with the murder of Kal-El! Betrayed and at his most vulnerable, there's no place to hide and no one Superman can trust!
Don't miss the follow-up to the New York Times #1 best-selling graphic novels SUPERMAN: EARTH ONE VOL. 1 and 2!
In Shops: Feb 04, 2015
SRP: $22.99
View All Items In This Series
ORDER WISH LIST