OCT140267
(W) Meredith Finch (A) David Finch, Richard Friend (CA) Darwyn Cooke
Superman arrives on Paradise Island to support Wonder Woman in her darkest hour, but their bond may be breaking apart! No time for Diana to think, though, as a mythological force seemingly tied to Wonder Woman's role as War attacks the Amazons!
In Shops: Dec 17, 2014
SRP: $2.99
View All Items In This Series 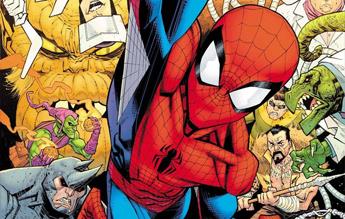