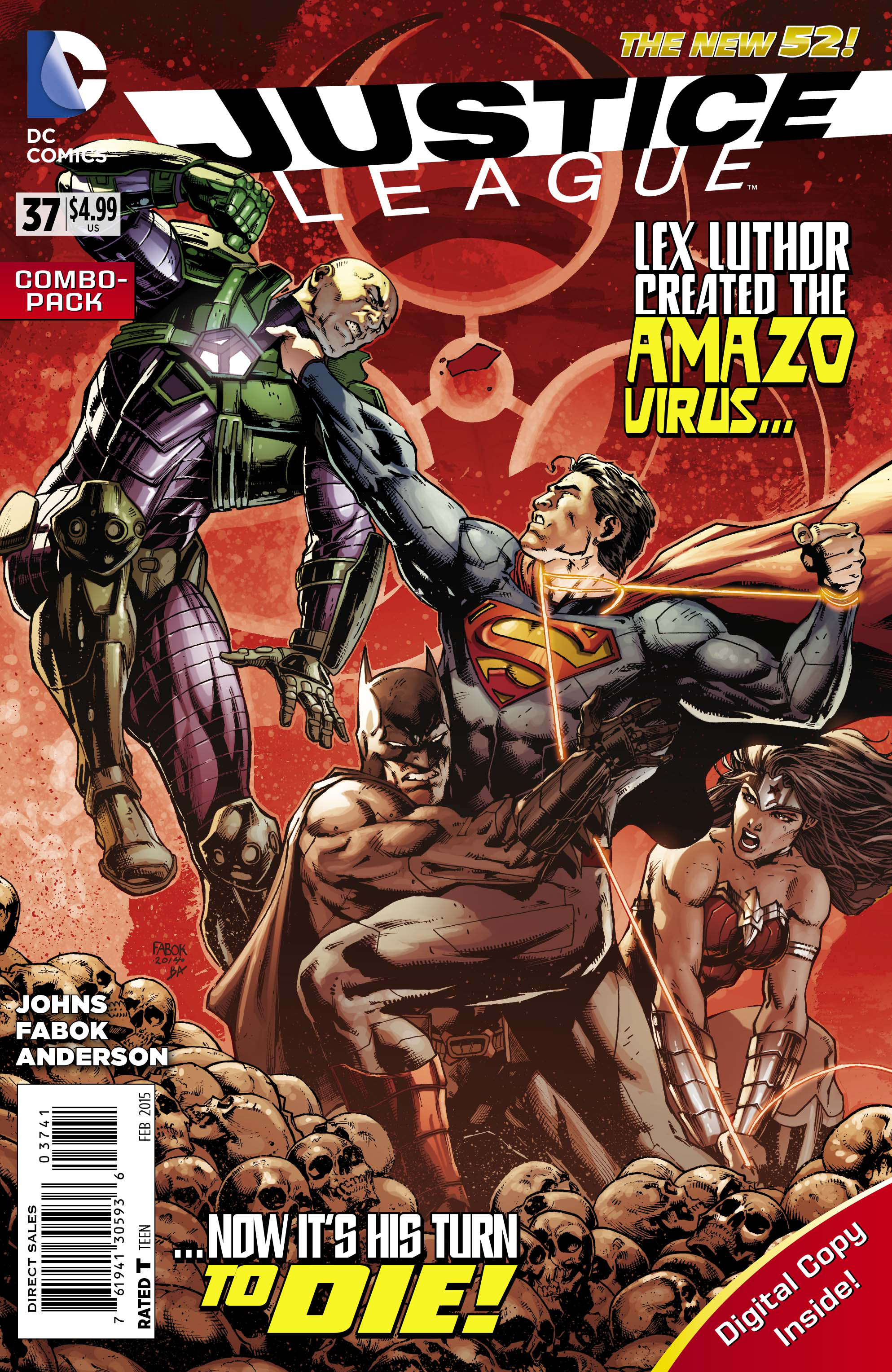 OCT140226
(W) Geoff Johns (A/CA) Jason Fabok
Super heroes are no more! What it means to be human is in question! The world is on the brink of a new stage of evolution - or total extinction! - and it's up to the Justice League to save it! "THE AMAZO VIRUS" continues to devastate the Western World as Batman, Superman, Wonder Woman and Lex Luthor struggle to not only contain the virus, but cure those affected by it. But as they work against the clock, a legion of assassins is out for Lex Luthor's head. Will the Justice League protect Luthor...or the world?
This issue is also offered as a combo pack edition with a redemption code for a digital download of this issue.
In Shops: Dec 17, 2014
SRP: $4.99
View All Items In This Series