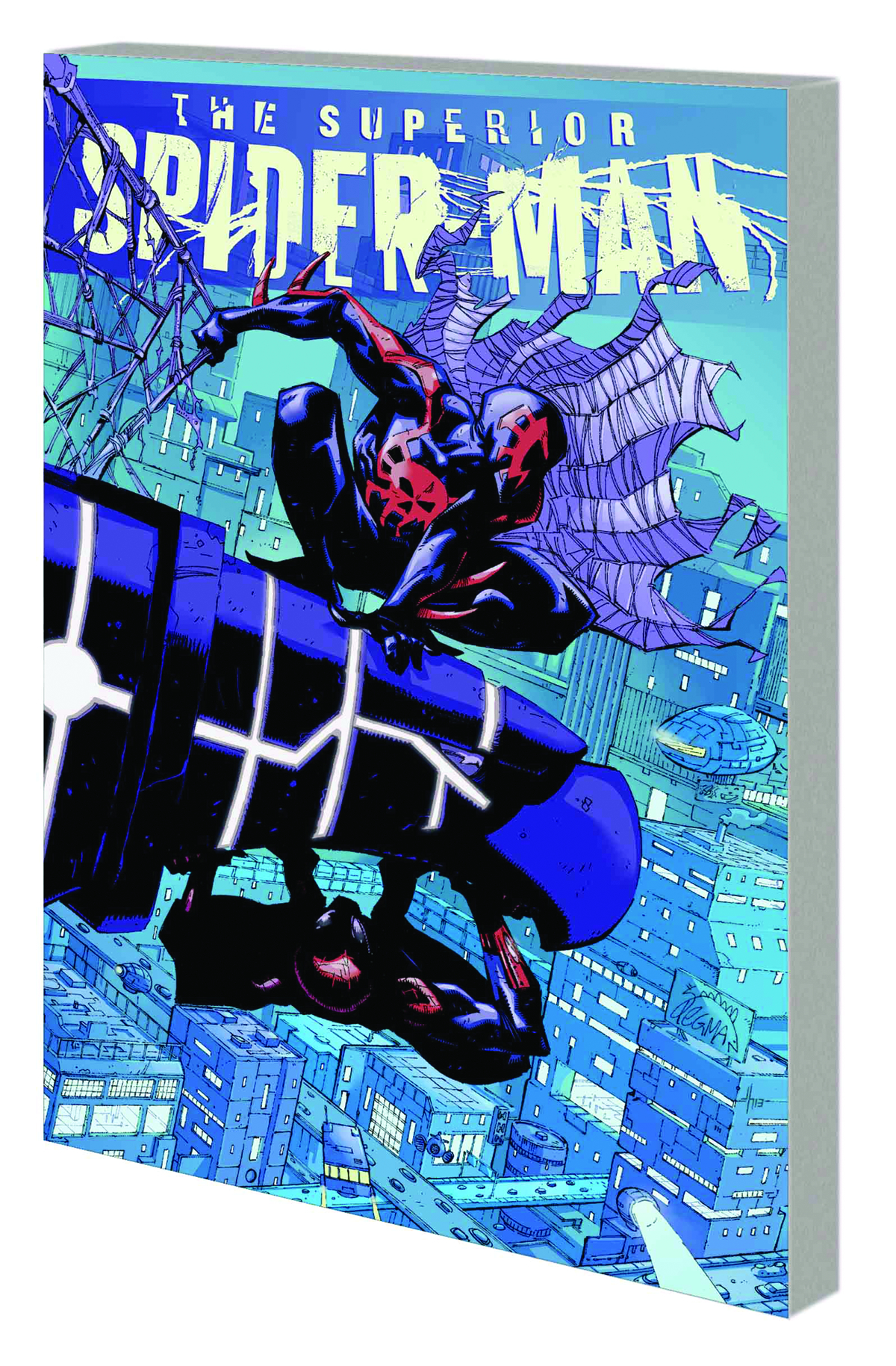 OCT130759
(W) Various (A) Various (CA) TBD
Back by popular demand, Spider-Man 2099 returns! But when the future Spidey and the Superior Spidey clash, who will be the most superior Spider-Man in the multiverse? It may not matter, because the end of the battle brings about a moment that will alter the world of Spider-Man - and the Marvel Universe - for years to come! But which Spider was responsible for this shocking change? Then, from the ashes of battle comes the first team-up between the Superior Spider-Man and the Black Cat. Felicia Hardy always cared for the Spider more than the man, but what happens when that man is Otto Octavius? And as an Osborn we haven't seen in a while returns, Otto celebrates a milestone! Is the world ready for "Dr. Peter Parker" - or what he plans to do next? Collecting SUPERIOR SPIDER-MAN #17-21.
In Shops: Jan 15, 2014
SRP: $17.99
View All Items In This Series
ORDER WISH LIST