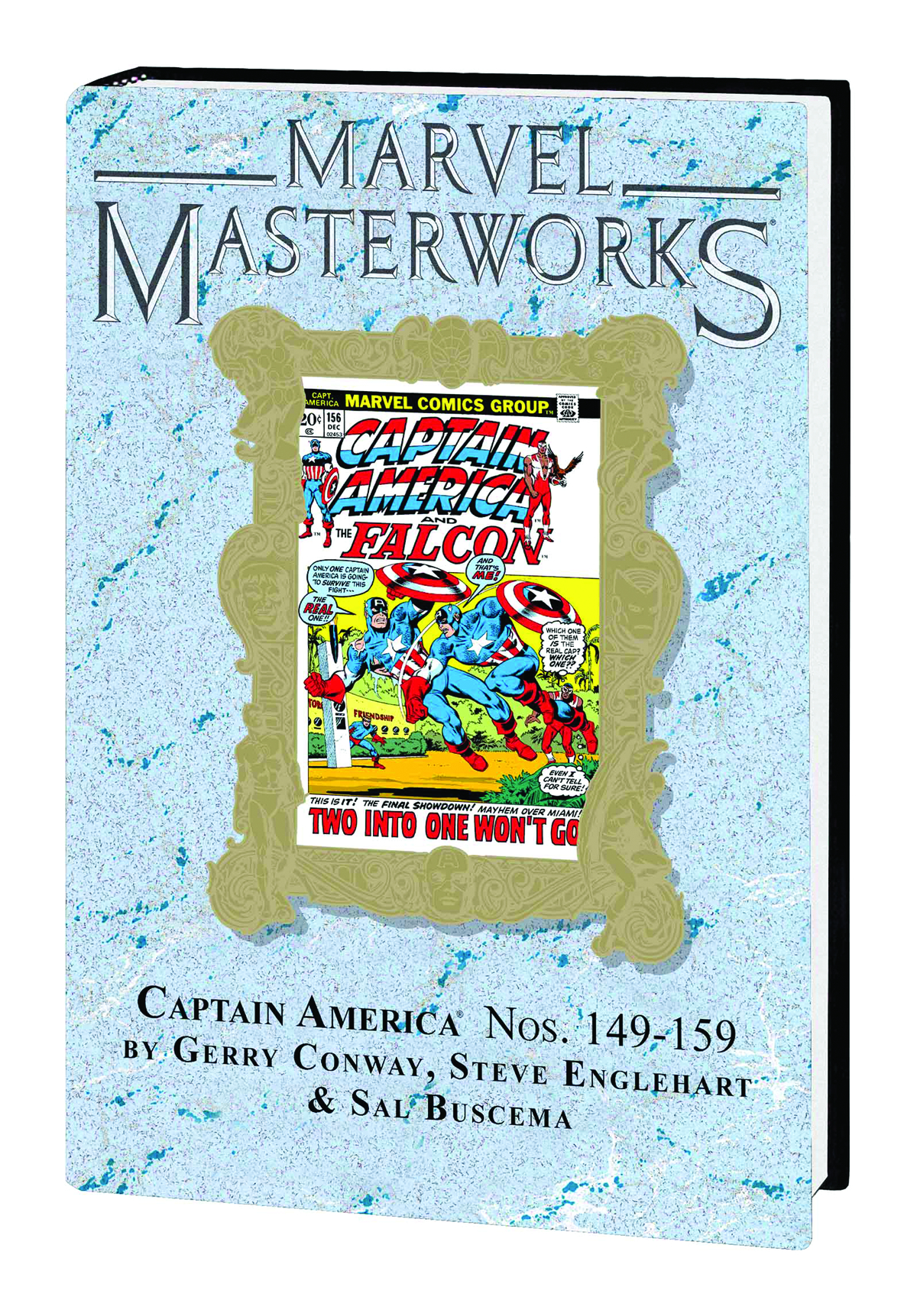 OCT130744
(W) Various (A) Various (CA) Sal Buscema
A new era begins for the Sentinel of Liberty in this must-have Marvel Masterworks volume! It's a Captain America extravaganza including shocking revelations; the debut of seminal Cap scribe Steve Englehart; and action, action, action aplenty! Our hero's battles begin with Batroc the Leaper, the Stranger, the Scorpion and Mr. Hyde - but it's all prelude to Cap facing off against S.H.I.E.L.D.'s Nick Fury. Meanwhile, the Falcon has a surprise encounter with two familiar - and anything but friendly - faces that will change Captain America's life forever. It's the shock of the year as Cap discovers that while he was frozen in the Arctic, there was second Captain America and Bucky! Now they're back - and fighting mad! Collecting CAPTAIN AMERICA (1968) #149-159.
In Shops: Mar 19, 2014
SRP: $69.99
View All Items In This Series
ORDER SUBSCRIBE WISH LIST