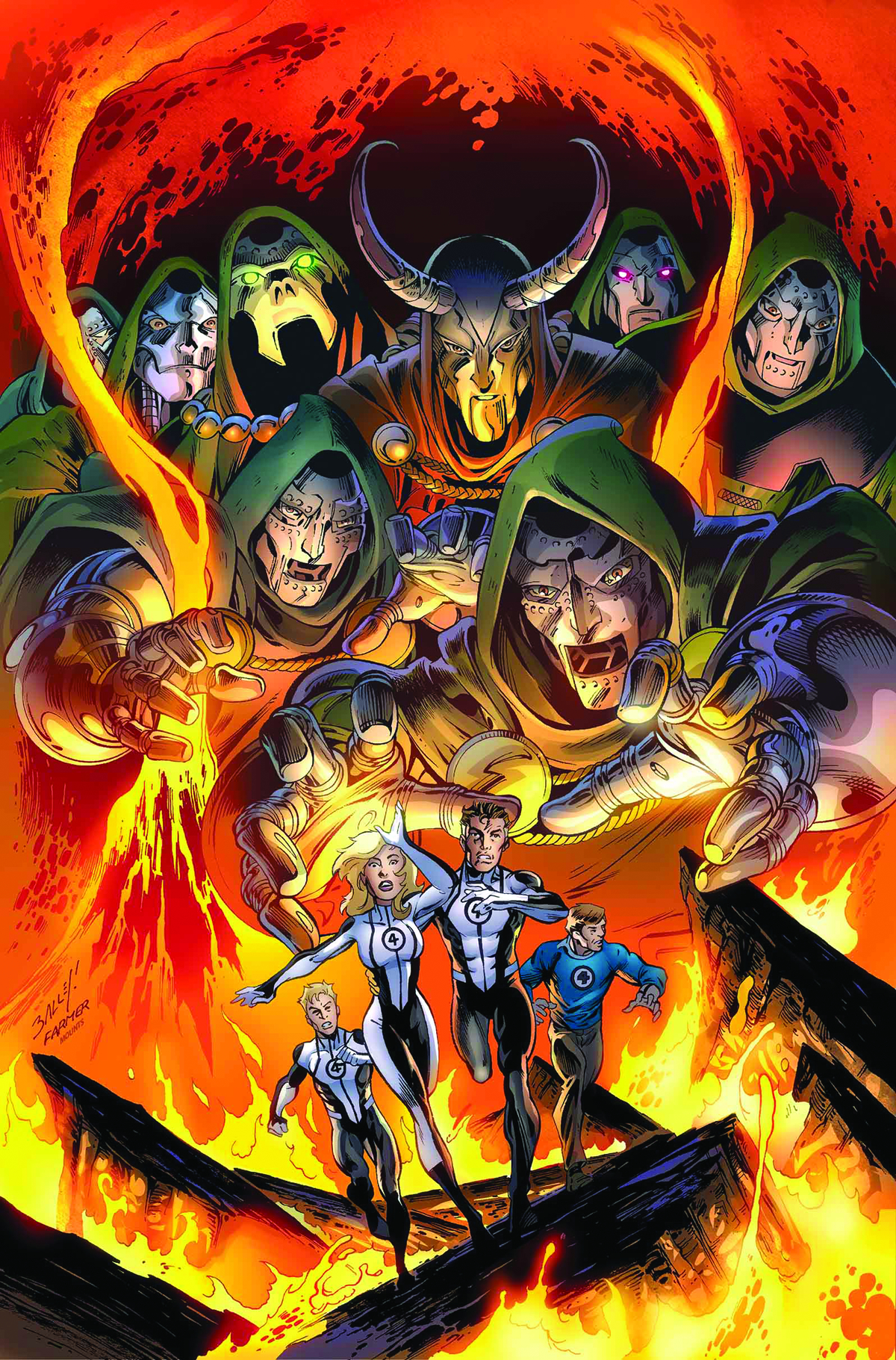 OCT130713
(W) Matt Fraction, Karl Kesel (A) Raffaele Ienco (CA) Mark Bagley
DOOMED! Part 3: The Elements of War
•  The Fantastic Four struggle to stop the molecular plague destroying their powers and bodies.
•  Standing between them and the cure: the Frightful Force, an army of their greatest foes, led by one of the F4's own who betrayed them! Their only allies: another Fantastic Four!
•  Meanwhile, Dr. Doom, Kang, and Annihilus come to an ominous meeting of the minds...
In Shops: Dec 18, 2013
SRP: $2.99
View All Items In This Series
ORDER WISH LIST