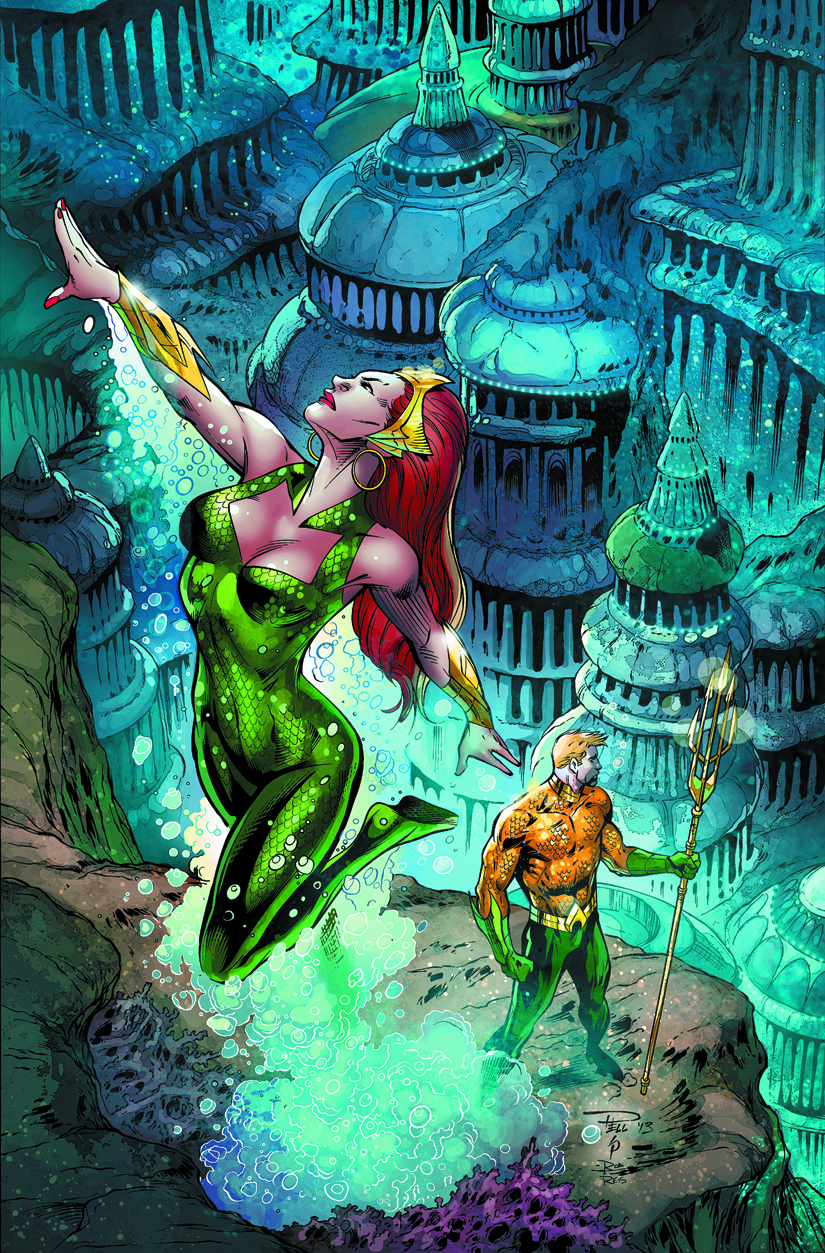 OCT130143
(W) Jeff Parker (A) Netho Diaz, Ruy Jose (A/CA) Paul Pelletier, Sean Parsons
"Sea of Storms" begins with the debut of new AQUAMAN writer Jeff Parker! The Earth's crust is grinding to life, releasing deadly volcanoes and bizarre creatures... so humanity's first instinct is to blame Atlantis! And as the plates pull apart, the pressures of ruling a kingdom under siege are weighing on Aquaman and Mera as well!
In Shops: Jan 01, 2014
SRP: $2.99
View All Items In This Series
ORDER WISH LIST