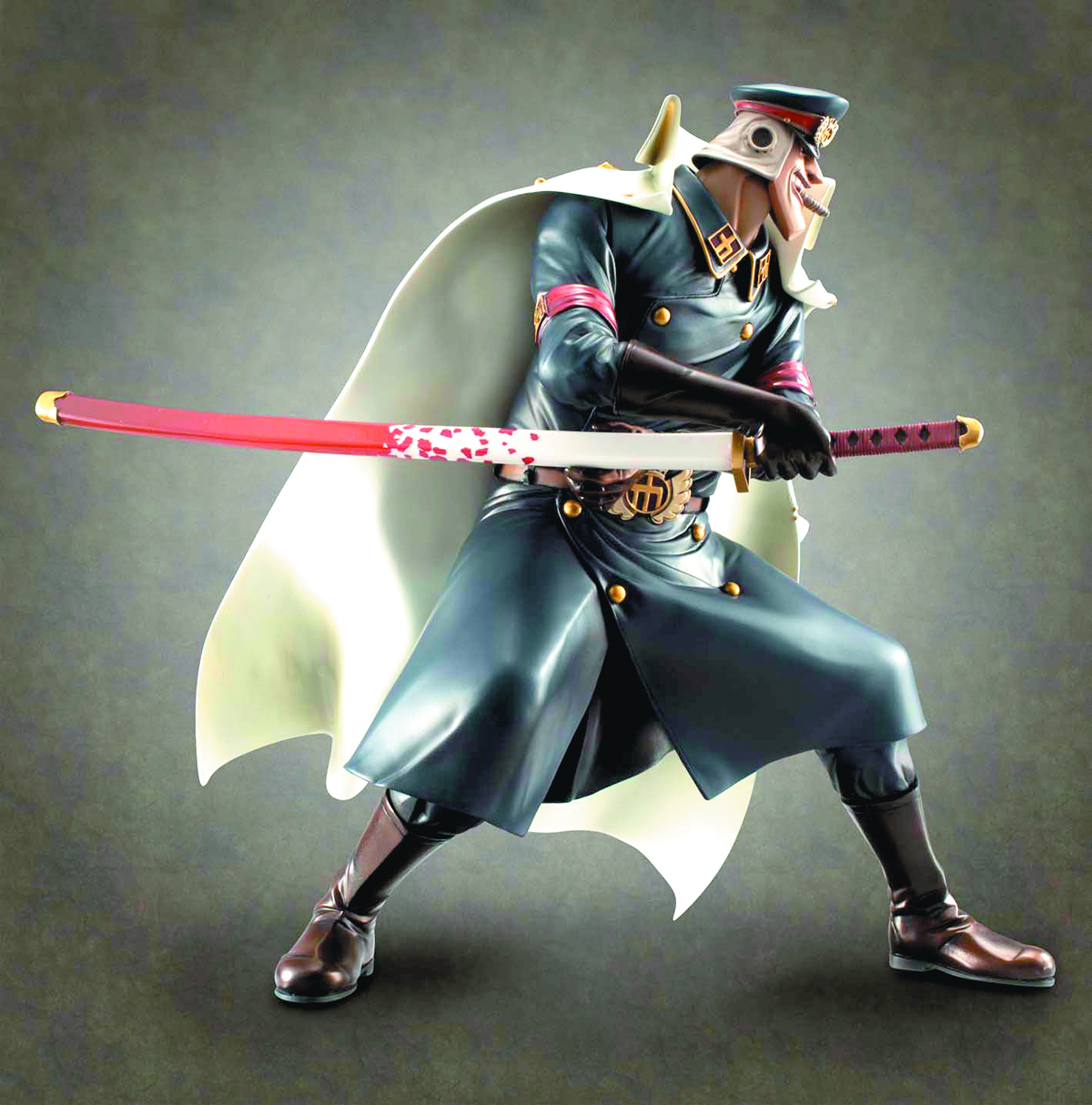 OCT128214
From Megahouse! The chief guard of the Great Underwater Prison of Impel Down, Shiryu became a prisoner in his own prison when he was convicted of excessive brutality toward his charges. Released to quell a riot, he then escaped with Marshall D. Teach, the captain of the Blackbeard Pirates, and joined his crew. This hulking brute of a man is sculpted as part of MegaHouse's One Piece P.O.P. (Portrait of Pirates) statue line. At 1/8-scale, he stands 9 1/8" tall with his cape flowing behind him, a cigarette in his crew mouth, and a rapier in his hand. Window box packaging.