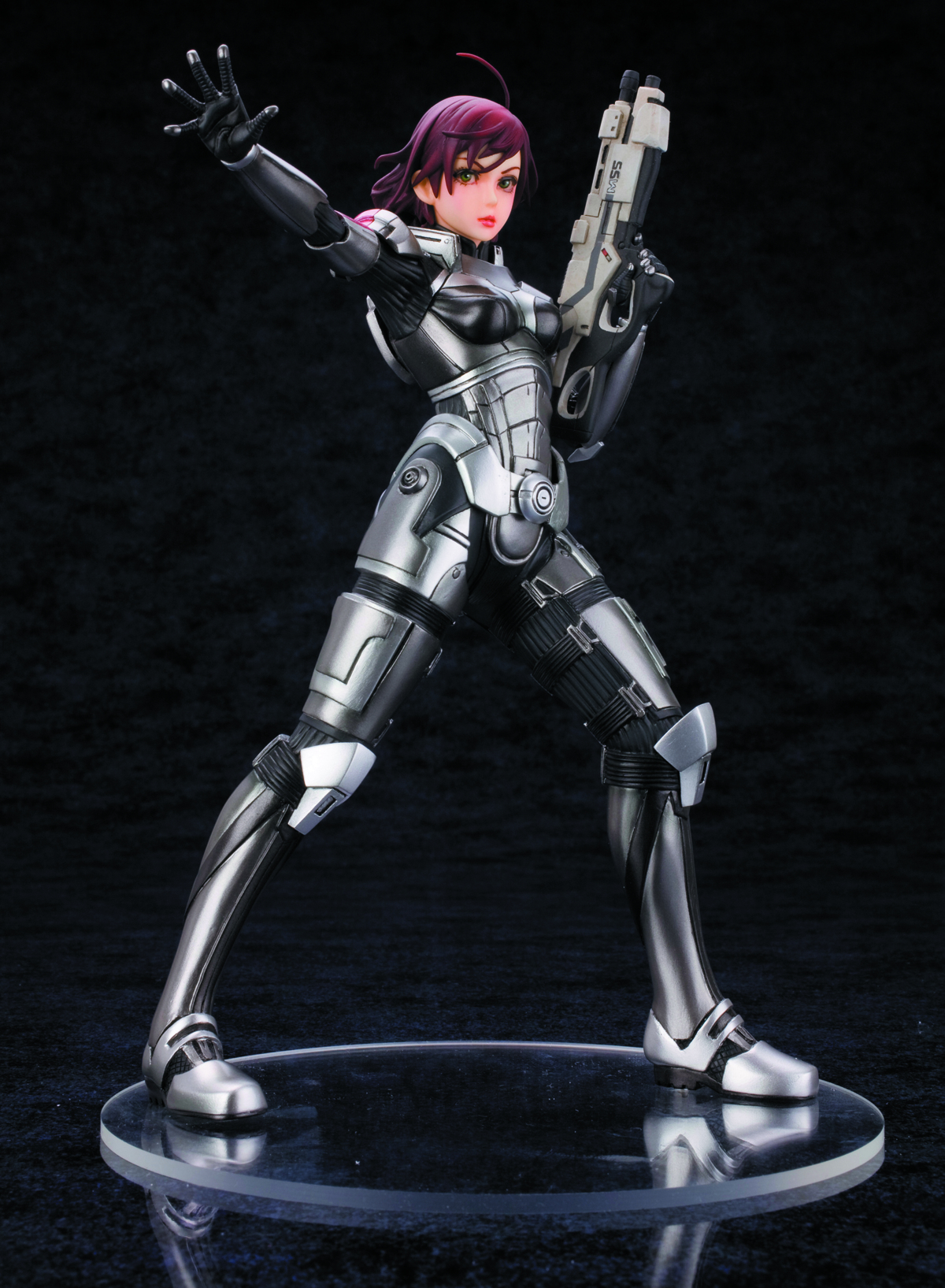 OCT121708
(A) Shunya Yamashita
A KOTOBUKIYA Japanese import!  Mass Effect took the video game world by storm in 2007, giving players the chance to explore the galaxy as Commander Shepherd.  The BioWare hit featured great sci-fi characters and action, spawning two massively popular sequels.  Kotobukiya continues its line of bishoujo statues from the Mass Effect series (after the alluring Liara T'soni) with none other than the female version of the main player character, COMMANDER SHEPARD!  The Systems Alliance Navy officer has never looked hotter in this bishoujo look based on a new interpretation by master illustrator Shunya Yamashita.
The commanding officer of the SSV Normandy is ready for action as she fights off Reapers in her distinctive body armor.  Leading her loyal troops Shepard stands in an aggressive pose, legs spread wide for balance as she takes a big step while turning her upper body to the side.  She gestures at her enemies to stay back with her outstretched right arm while her left wields one of two included interchangeable weapons: the M55 Argus Rifle or the wicked Omni Blade!  The Commander's armor has an incredibly intricate sculpt showing off every panel and seam, and it looks great in its sleek black and gray color scheme with red accents.  And of course, despite her ferocity Shepard still has a beautiful bishoujo-inspired face sculpt.
Sculpted by Masahiro Takahashi (GILL GILL), Commander Shepard stands 9 inches tall (1/7 scale) on a special display base.  Add her to your Mass Effect collection and display her next to the previously released Liara T'soni bishoujo statue!
In Shops: May 15, 2013
SRP: $64.99