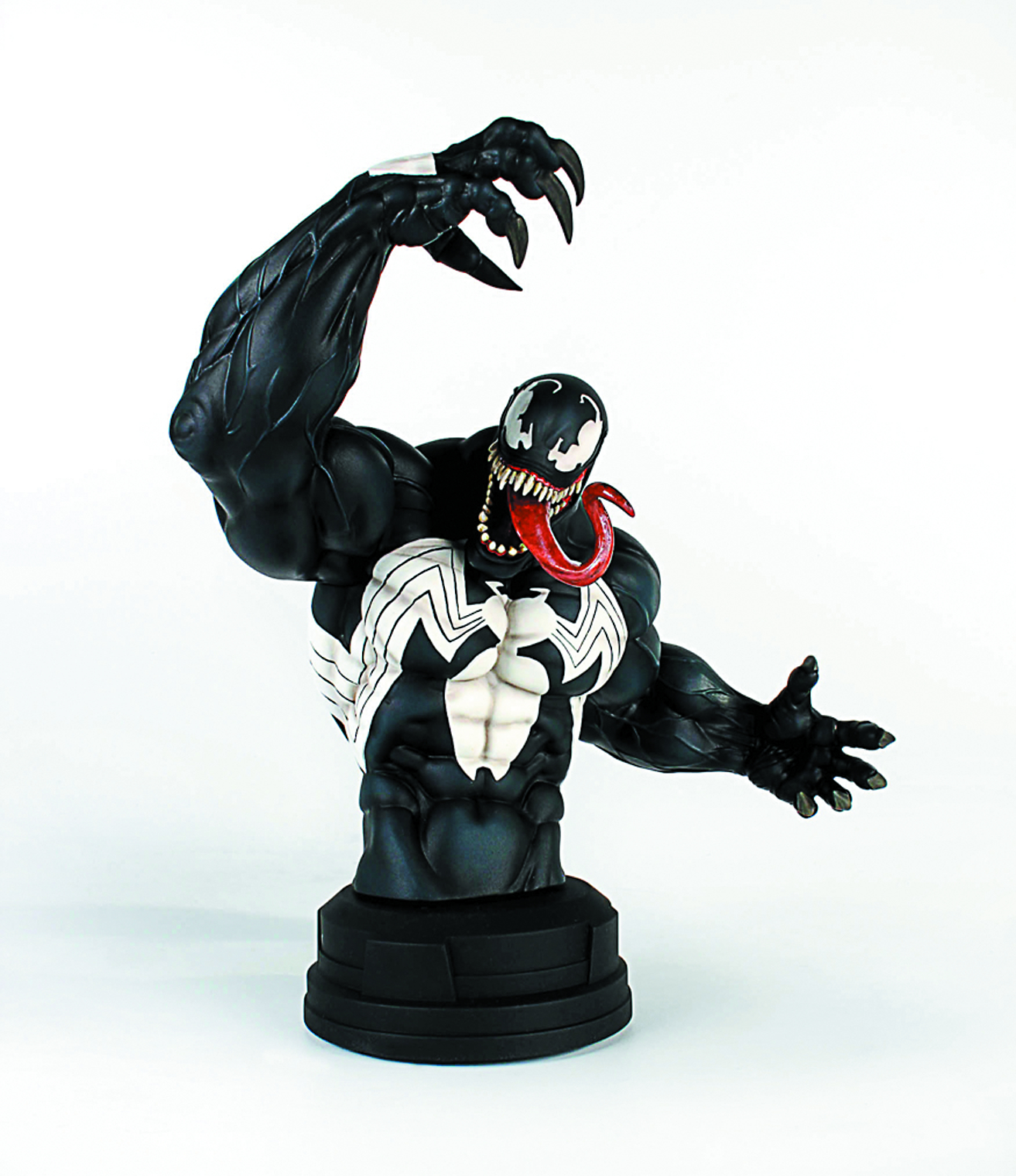 OCT121694
A Gentle Giant Sculpt! When Peter Parker discovered that the new suit he'd brought back with him from the Secret Wars was actually an alien symbiote, he did everything in his power to rid himself of it. In turn, the alien life form discovered Eddie Brock, a reporter from the Daily Globe that has been humiliated by the wallcrawler, and in bonding with him sparked their mutual hatred of Spider-Man into the raging inferno called Venom! This epic Venom Mini-Bust is a must-have for any Webhead! No detail has been overlooked, from every inhumanly-proportioned muscle to the razor-sharp points of each tooth to Venom's darting tongue. Cold cast in high quality polystone and hand-painted, these individually numbered limited edition mini busts are a must-have for any true Marvel fan.