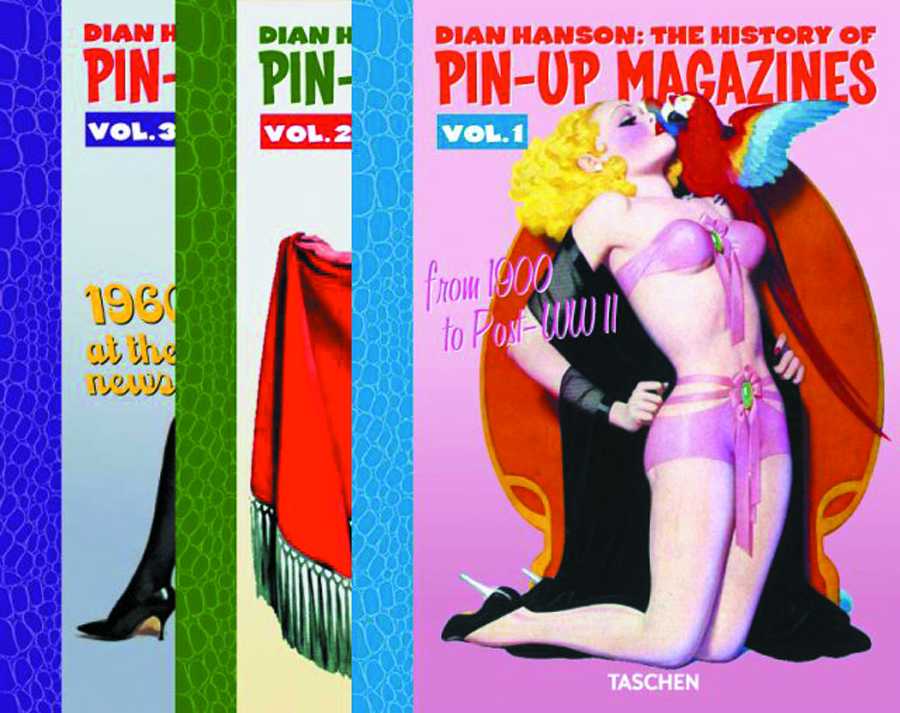 OCT121383
Open your notebooks, sharpen your pencils, and get ready for a history lesson like none you've ever experienced. You're about to learn everything you could ever want to know about the world history of men's magazines, those titillating periodicals embracing the subject dearest to all heterosexual men's hearts and other body parts: the undraped female form. Editor Dian Hanson traces the fascinating development of the genre from 1900 to the 1960s in three informative volumes. Volume 1 takes us through World War II, Volume 2 documents the proliferation of men's magazines following WWII, and Volume 3 begins with an explosion of new American men's magazines following the redefinition of US obscenity laws in the late fifties.
In Shops: Apr 24, 2013
SRP: $39.99