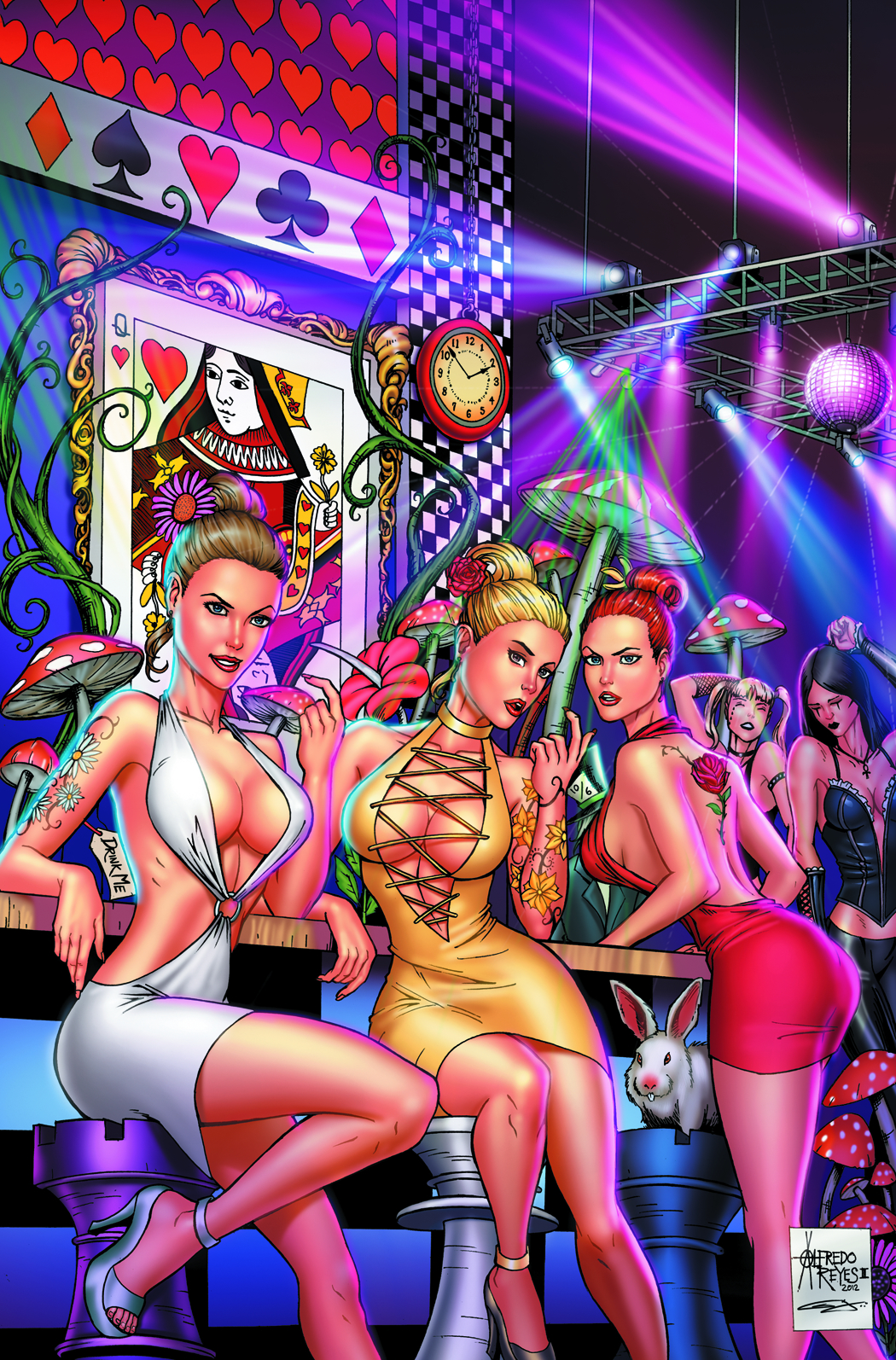 OCT121285
(W) Raven Gregory (CA) Alfredo Reyes
The relationship between Calie and Violet continues to deteriorate as they flee to New York City hoping to evade the never-ending reach of Wonderland.  But they find themselves falling into the clutches of something much worse than they imagined.  Something has escaped from the realm of madness and it is intent on making the big city its own.
From the same minds behind the smash-hit Wonderland trilogy and the Grimm Fairy Tales series, the ongoing comic book series you've been wanting is here!
In Shops: Dec 19, 2012
SRP: $2.99
View All Items In This Series
ORDER WISH LIST