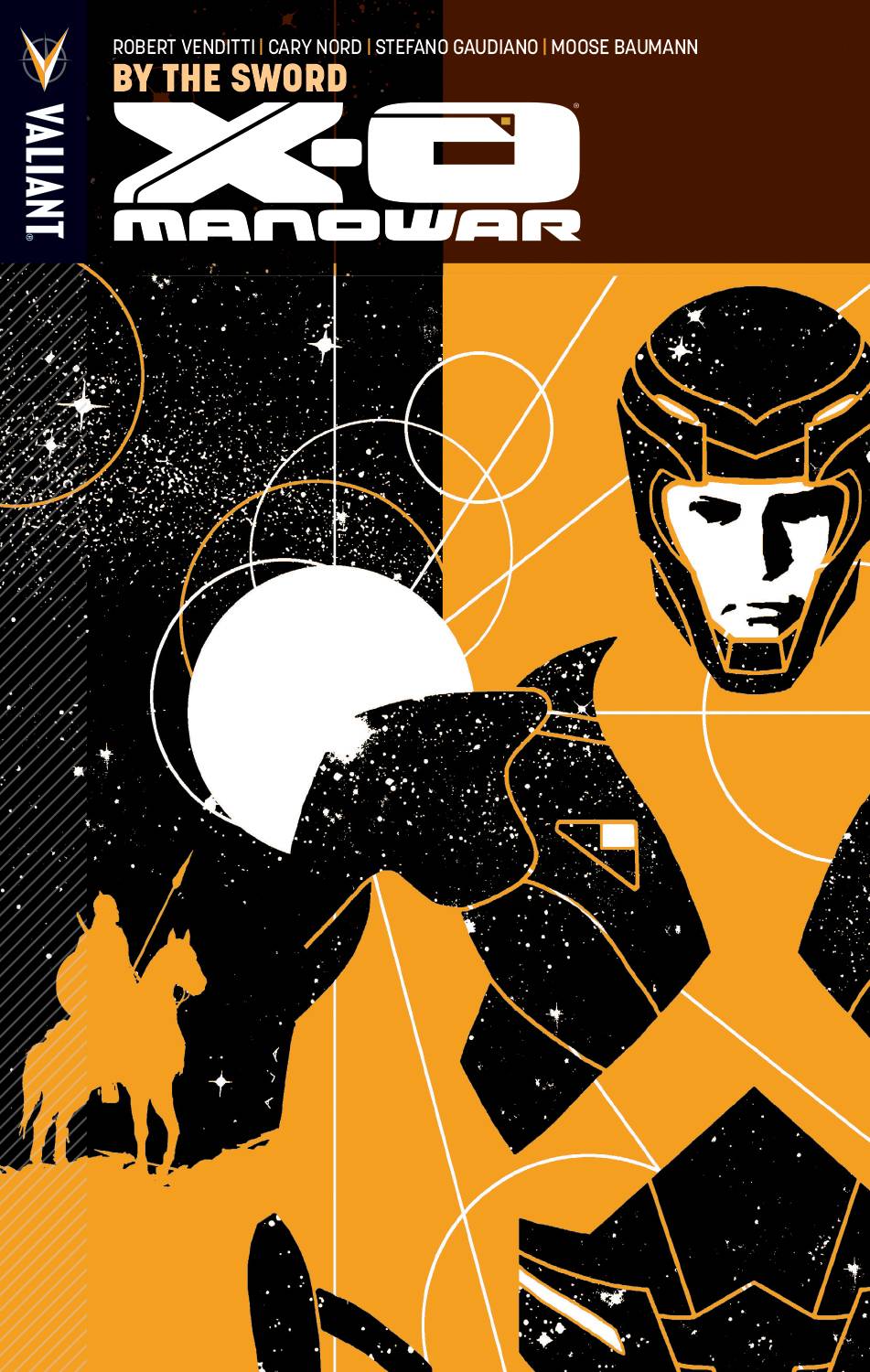 #
OCT121241
(W) Robert Venditti (A) Cary Nord (CA) David Aja
The beginning of the all-new Valiant Universe starts here! Aric of Dacia is a brash warrior and heir to the throne of the Visigoth people. He has lived his life under the heel of the Roman Empire, but now a far more terrible enemy has come to subjugate him. Taken from his home and family, Aric is enslaved aboard a starship belonging to a brutal race of alien colonizers known as The Vine. If he is to have any hope of escaping and returning to Earth, he will have to steal the Vine's most powerful weapon - a sentient suit of indestructible armor - and become X-O Manowar!
New York Times best-selling writer Robert Venditti and Eisner Award-winning artist Cary Nord launch the smash-hit series named Best Ongoing Series by Ain't It Cool News, Best Revival by the Onion/A.V. Club and nominated Comic Book of the Year by the Diamond Gem Awards. Collecting X-O MANOWAR #1-4, along with rarely seen designs, sketches, and process art.
In Shops: Dec 05, 2012
SRP: $9.99
View All Items In This Series
ORDER WISH LIST