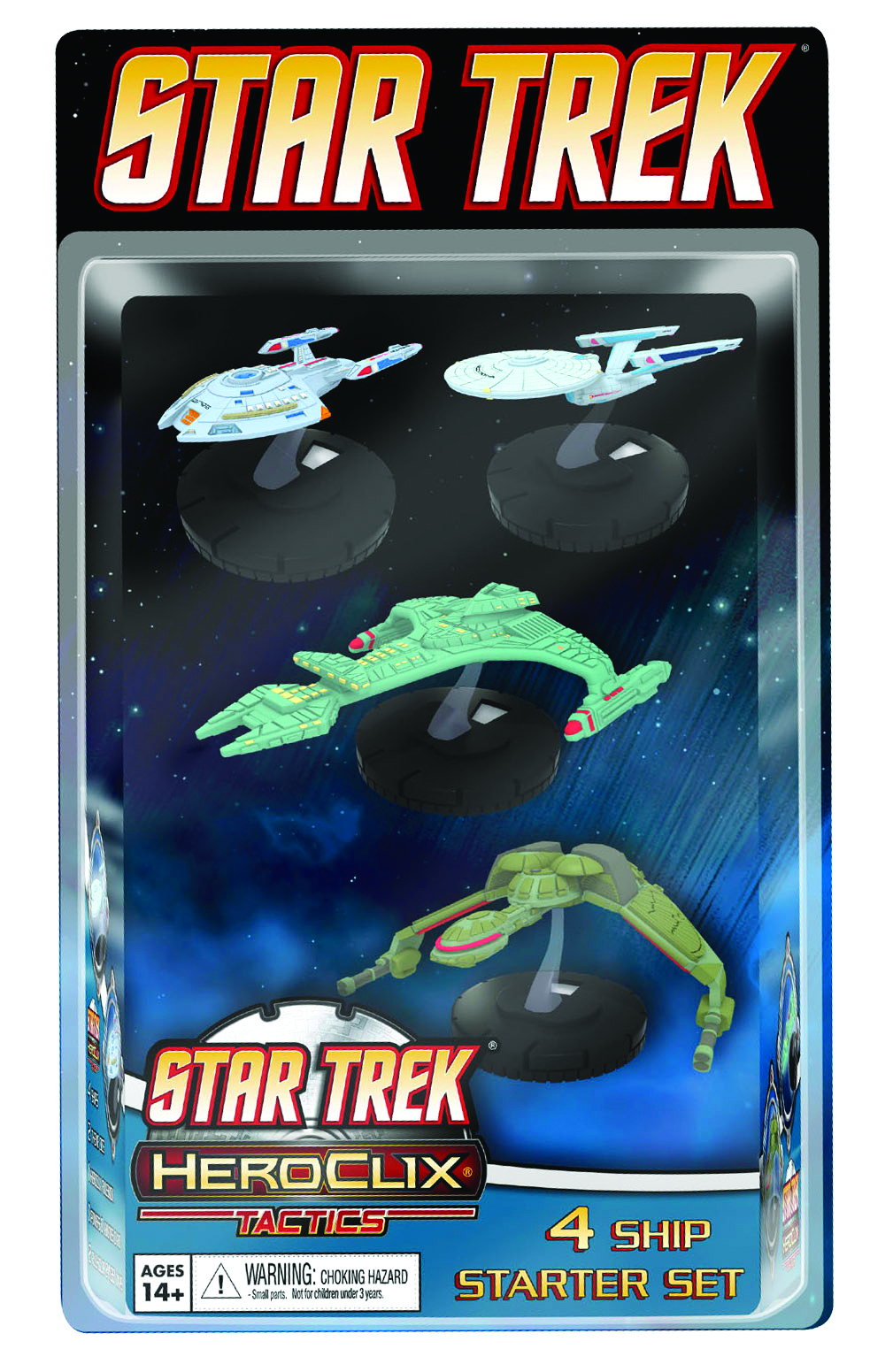 OCT118151
Relive your favorite legendary battles between the Federation and the Klingons with this exciting addition to the Star Trek universe! Star Trek HeroClix: Tactics includes over 20 pre-painted ships designed with HeroClix Powers and Abilities, and is 100% compatible with the standard HeroClix core rules system! Inspired by all eras of Star Trek, Tactics offers players and fans a wide selection of Klingon and Federation vessels to battle each other with!
Single figure boosters are included in the display and the Starter set contains 4 Pre-Painted ships which are Completely Redialed from the display set! Also included in the starter are the HeroClix Powers and Abilities cards, HeroClix core rulebook, dice, and two maps.