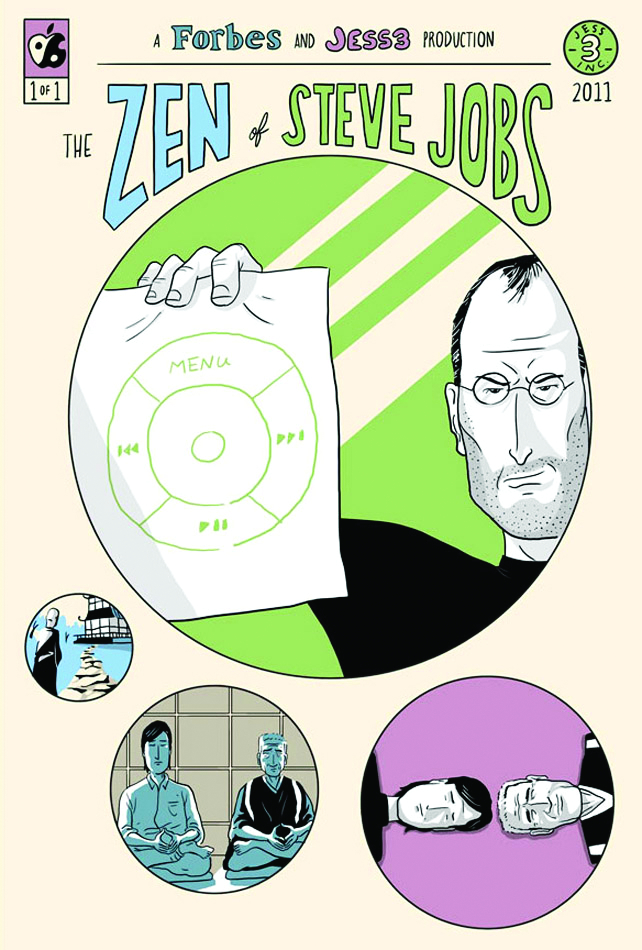 OCT118115
(W) Caleb Melby (A/CA) JESS3
Apple cofounder Steve Jobs (1955-2011) had such an enormous impact on so many people that his life often took on aspects of myth. But much of his success was due to collaboration with designers, engineers and thinkers whose love of the spotlight was not as great as his own. The Zen of Steve Jobs tells the story of his relationship with one such person: Kobun Chino Otogawa, a Zen Buddhist priest who emigrated to the U.S. from Japan in the early 1970s. He was an innovator, lacked appreciation for rules and was passionate about art and design. This graphic novella centers on the period after Jobs's exile from Apple in 1985 when he took up intensive study with Kobun. Their time together was integral to the big leaps that Apple took later on with its product design and business strategy.