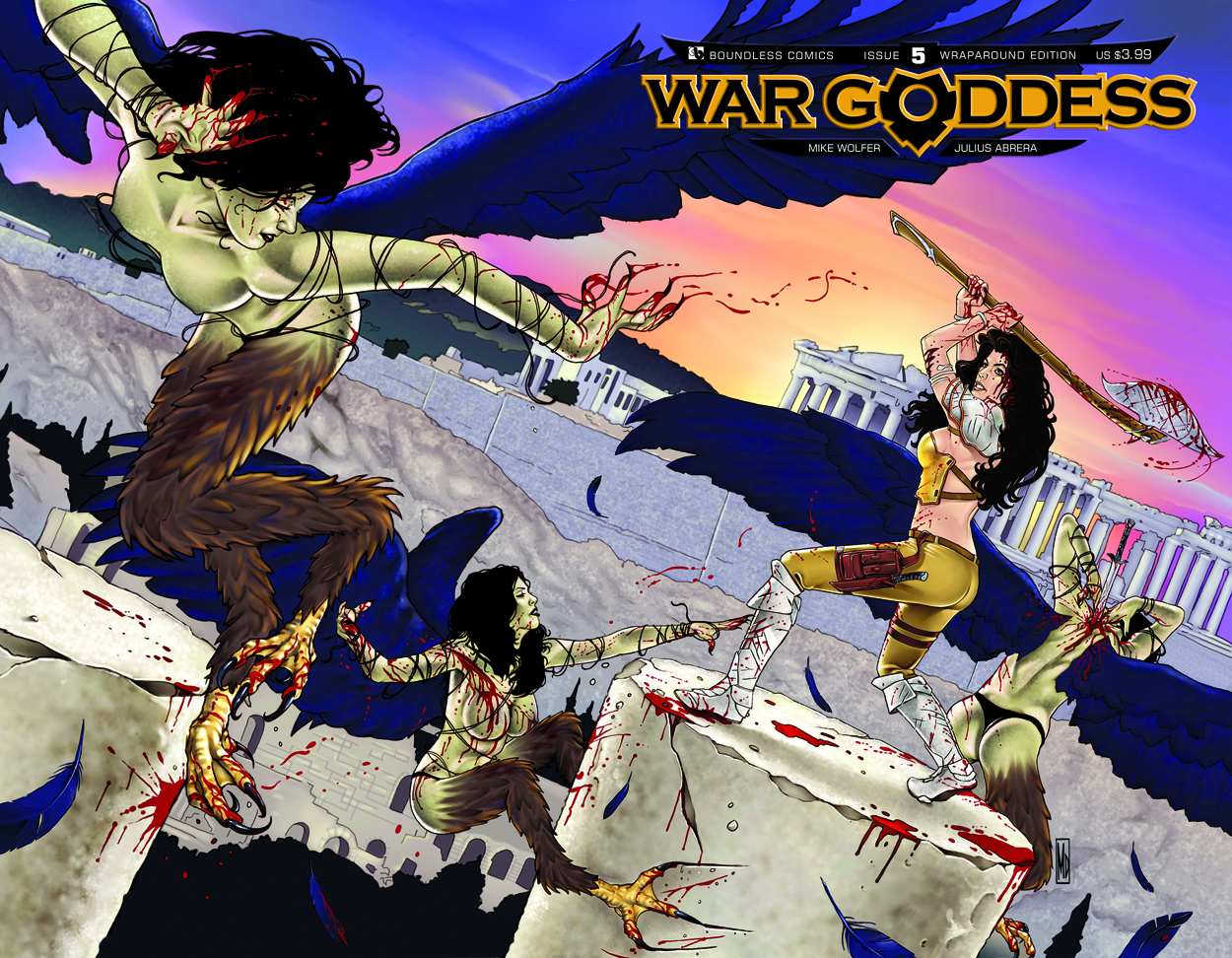 OCT110955
(W) Mike Wolfer (A) Pow Rodrix (CA) Michael DiPascale
In the aftermath of the Miami battle against Hellina in which she lost one of her closest friends, Pandora embarks on a fact-finding mission to the Caribbean island site where the fiery villainess was born. But something is lurking in the ruins of the Promethea supercollider, a hulking, dark matter monstrosity intent of feasting upon the flesh of the supple War Goddess. The horror does not end there, however, as the repercussions of the dark matter accident have manifested in far-off Greece, where an ancient evil has once again been unleashed upon the world. Aided by the monstrous Harpies, Satheeno has escaped her centuries-long imprisonment, but can Theronia, the ancient Greek goddess of the hunt possibly prevail against the gathering forces of darkness?  Available with a Regular or Gore cover by Matt Martin, as well as a Wraparound and a special Art Nouveau Retailer Order Incentive by painter Michael Dipascale!