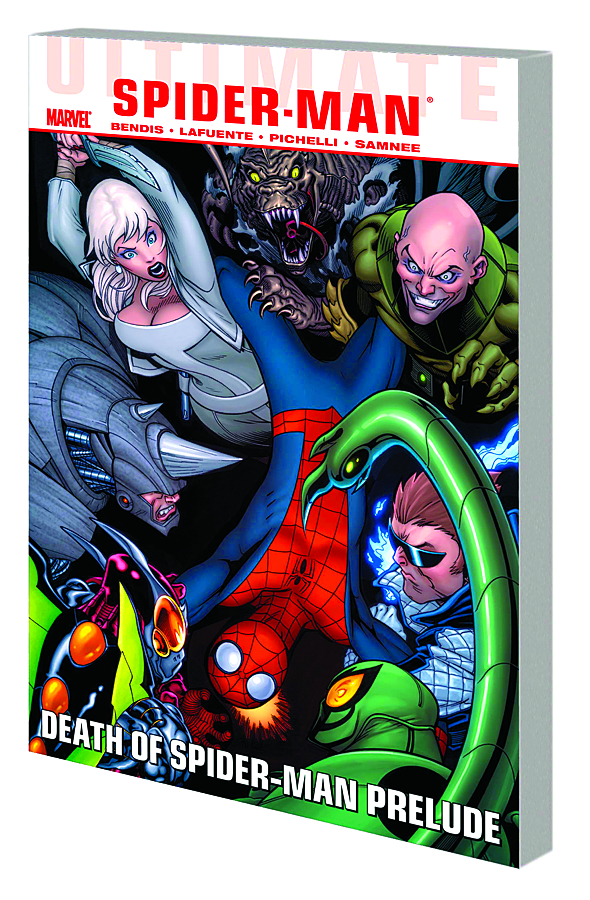 OCT110734
(W) Brian Michael Bendis (A) Various (CA) Ed McGuinness
Super-hero school is in session! The world's No. 1 peacekeeping organization, S.H.I.E.L.D., is fed up with Spider-Man - specifically, the millions of dollars spent cleaning up his collateral damage. But instead of throwing the teenaged web-slinger in jail, they've settled on a far worse punishment: after-school super-hero training, courtesy of the Ultimates! While Spider-Man takes notes from his first tutor - his idol, Iron Man - Mysterio and the Black Cat vie for possession of a mysterious artifact from the archives of the former Kingpin of Crime. Can even Spider-Man and Iron Man, working together, contain the object's unimaginable power? Collecting ULTIMATE COMICS SPIDER-MAN (2009) #15 and #150-155.
192 PGS./Rated T+