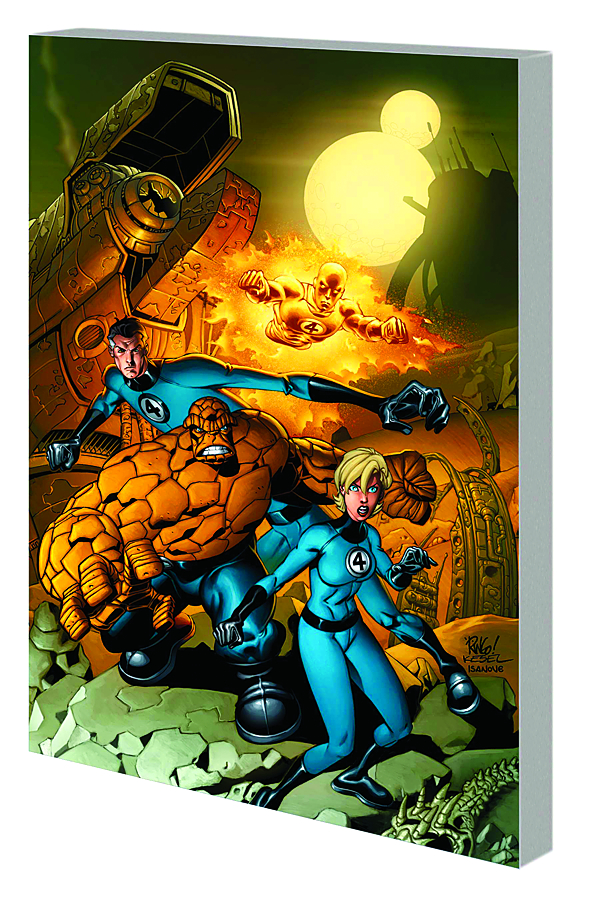 OCT110724
(W) Mark Waid, Karl Kesel (A) Paco Medina (A/CA) Mike Wieringo
It's the final volume of Mark Waid and Mike Wieringo's blockbuster run! The Fantastic Four have a lot to answer for after their authoritative action in Latverian - but when trying to regain a cynical public's trust, is associating with a certain misunderstood wall-crawler really wise? Then, Manhattan is cut off from the rest of the world by a fleet of miles-high alien spacecraft - and that's just the beginning! New York reluctantly turns to the disenfranchised FF, the only heroes in town, to save them - but which member will make a decision that will radically change the team? Plus: Johnny Storm, Galactus' worst Herald...ever!? So far, the Human Torch has been able to stall Galactus from sating his cosmic hunger - but that luck won't hold forever. What planet will be chosen as Galactus' next victim? And will Johnny ever be the same now that he's tasted the Power Cosmic? Collecting FANTASTIC FOUR (1961) #514-524.
256 PGS./Rated T+