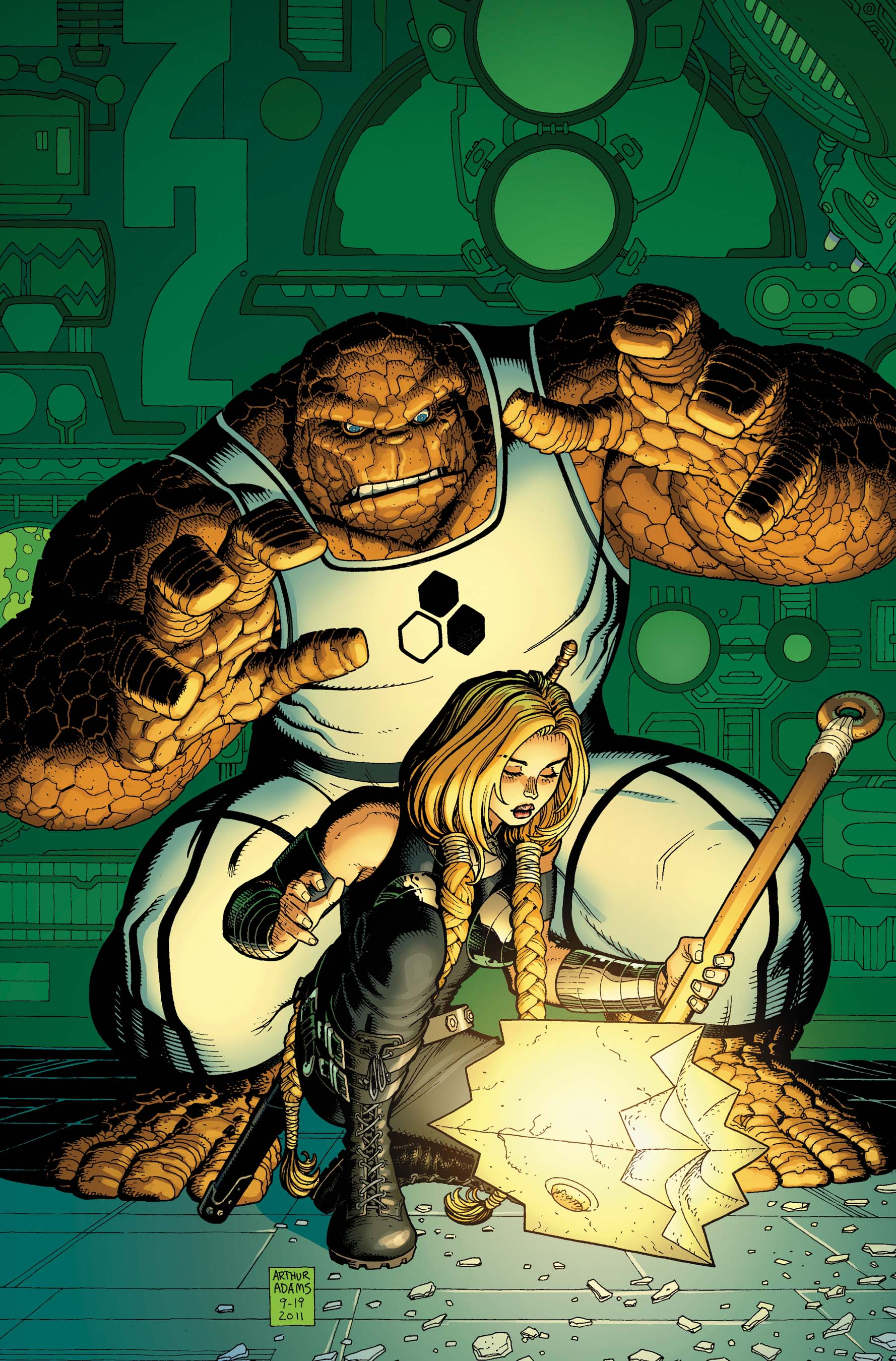 OCT110584
(W) Cullen Bunn, Matt Fraction, Christopher Yost (A) Mark Bagley, Paul Pelletier (CA) Arthur Adams
Guest-starring the Thing and the FF, Namor the Sub-Mariner, the Thunderbolts and more!
The Serpent's hammers could be the most dangerous artifacts in the world - vfm knows this all too well as she lays siege to the impenetrable headquarters of the FF...where the Thing stands guard over his own hammer of power! Meanwhile Sin and Crossbones pursue the weapons of mass destruction, from the depths of the seas to claim one from the undersea vault of the Sub-Mariner...to the shores of the island prison called the Raft to confront the Thunderbolts!
32 PGS. (each)/Rated T+