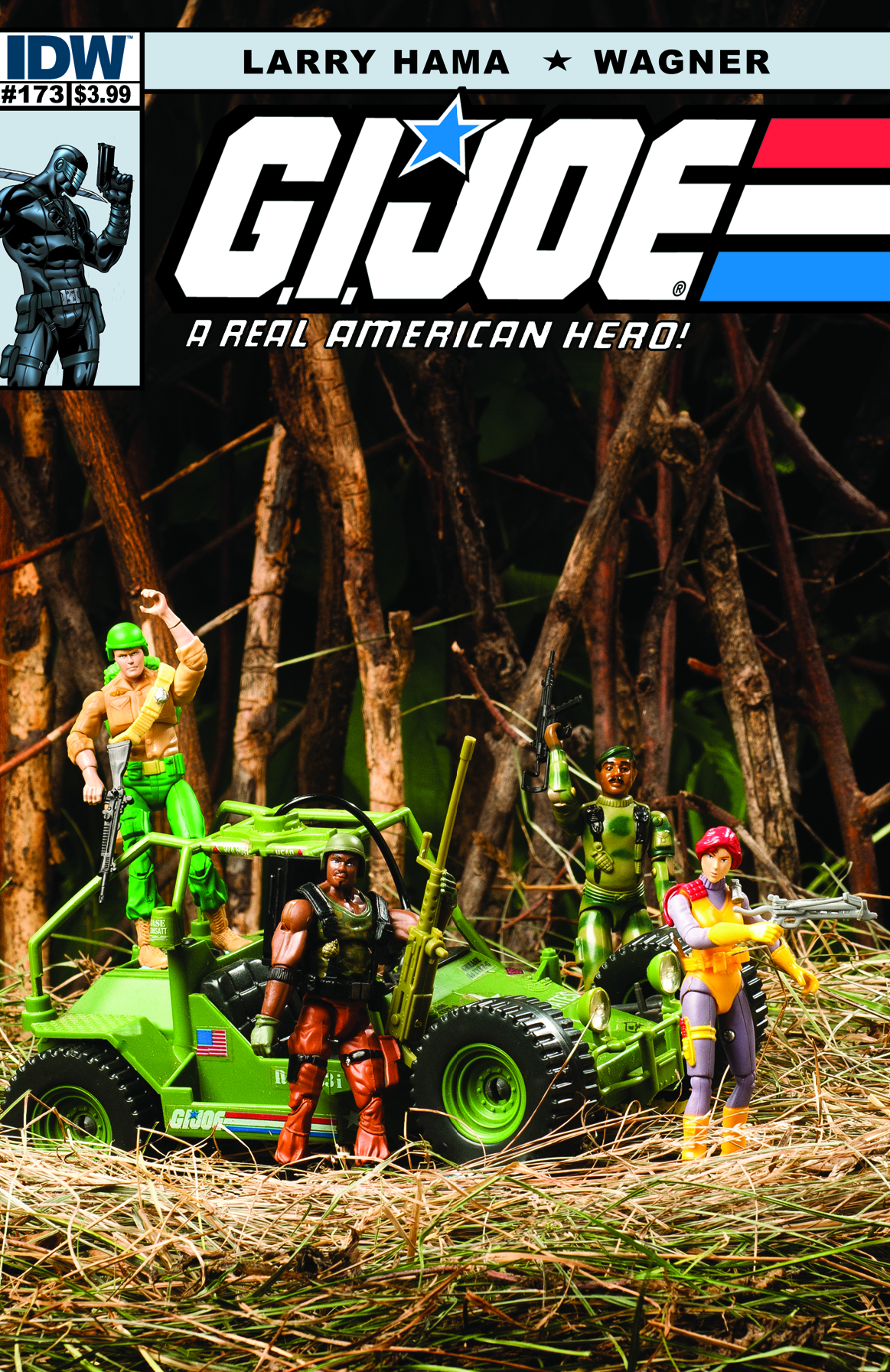 OCT110336
(W) Larry Hama (A) Ron Wagner (CA) Herb Trimpe, Photo
After last issue's shocking death, Snake Eyes takes off after the ninjas that attacked the Arashikage dojo. He intends to get to the bottom of this mysterious new ninja clan... or die trying! Meanwhile, Darklon is in custody, but can G.I. Joe figure out what his connection to Cobra Commander may be about, before it proves too late to stop the Cobra tyrant? It's a race against the clock in G.I. Joe: A Real American Hero #173!