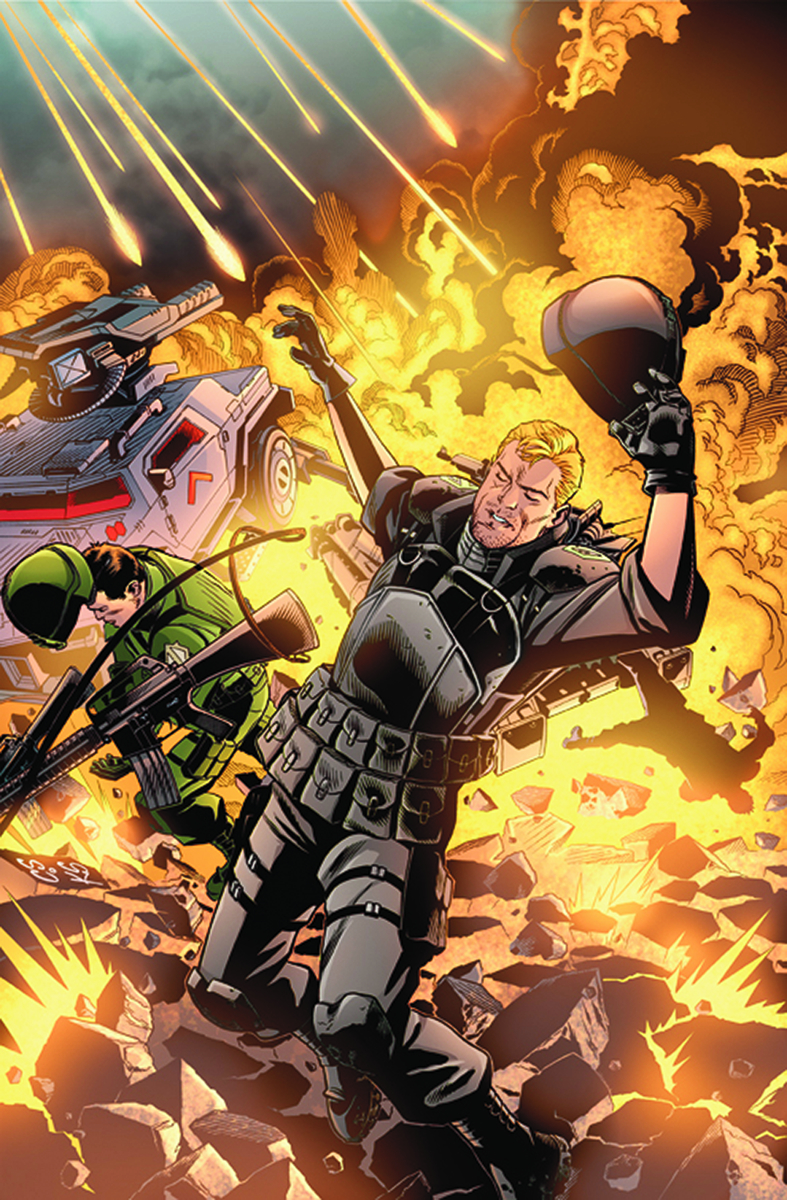 OCT110276
(W) Ricardo Sanchez (A) Yvel Guichet (CA) Chris Sprouse, Karl Story
Based on the highly anticipated, massively multiplayer online real-time strategy game from Trion Worlds and Petroglyph!
While leading his army to take out the Order of Nations' devastating Typhoon gun, resistance Commander Shane Barrett has been captured by a rival faction. Shane's mission - and the very survival of the resistance - is at risk. Now, Shane must find a way to escape and warn his units they're rolling into an ambush, or convince his captor that despite their differences, they should join forces to take out the Typhoon gun.