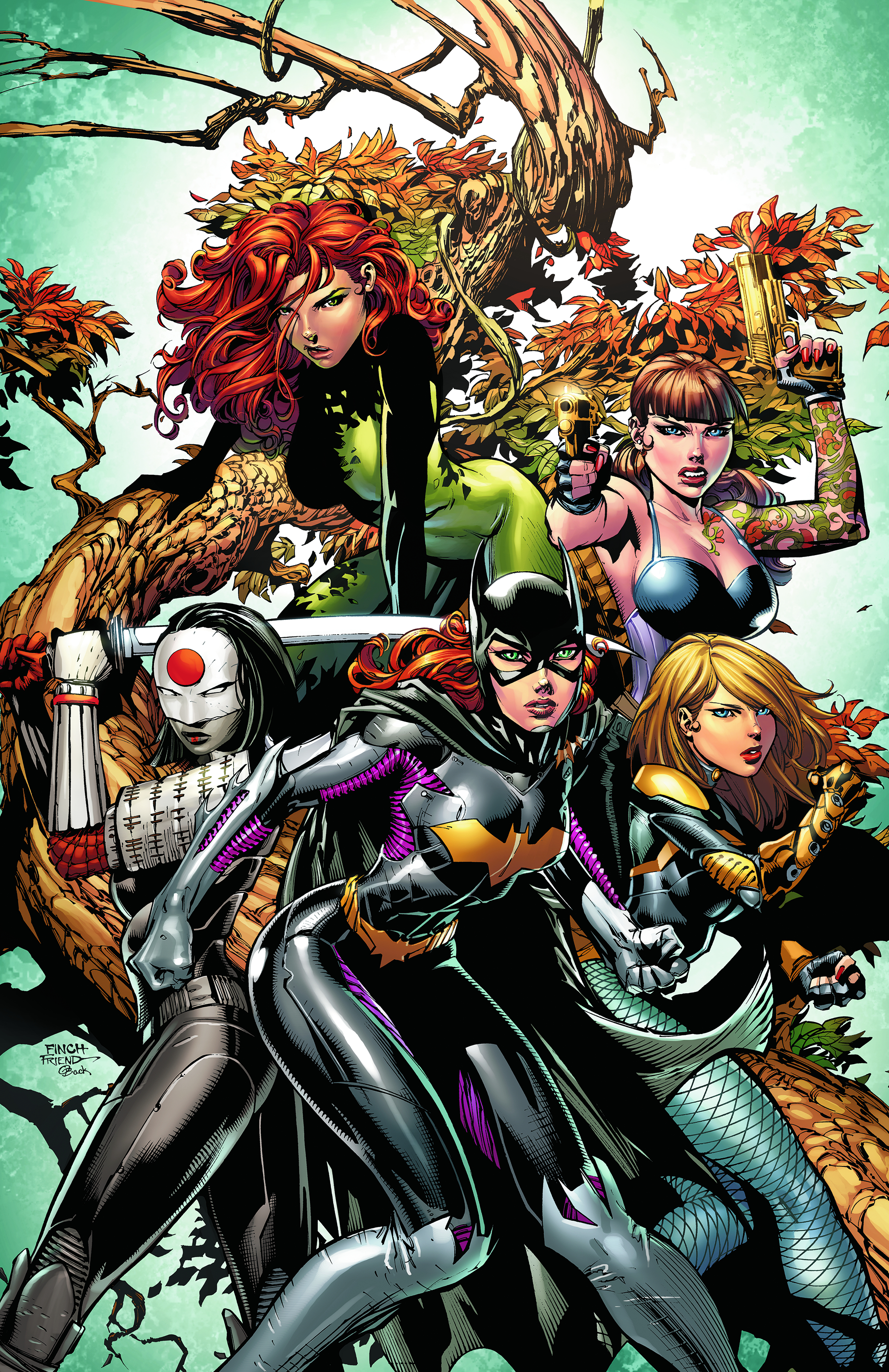 OCT110193
(W) Duane Swierczynski (A) Jesus Saiz (CA) David Finch, Richard Friend
The only thing worse than a bomb on a speeding train is three bombs. Hidden inside the skulls of three different people. All on the same speeding train. And the Birds of Prey - Black Canary, Starling, Katana and Poison Ivy - know the names of only two of these walking bombs. Don't miss the shocking revelation that will rewrite the rules of the team forever! Yes, we know it's only issue #4! Guest starring Batgirl!