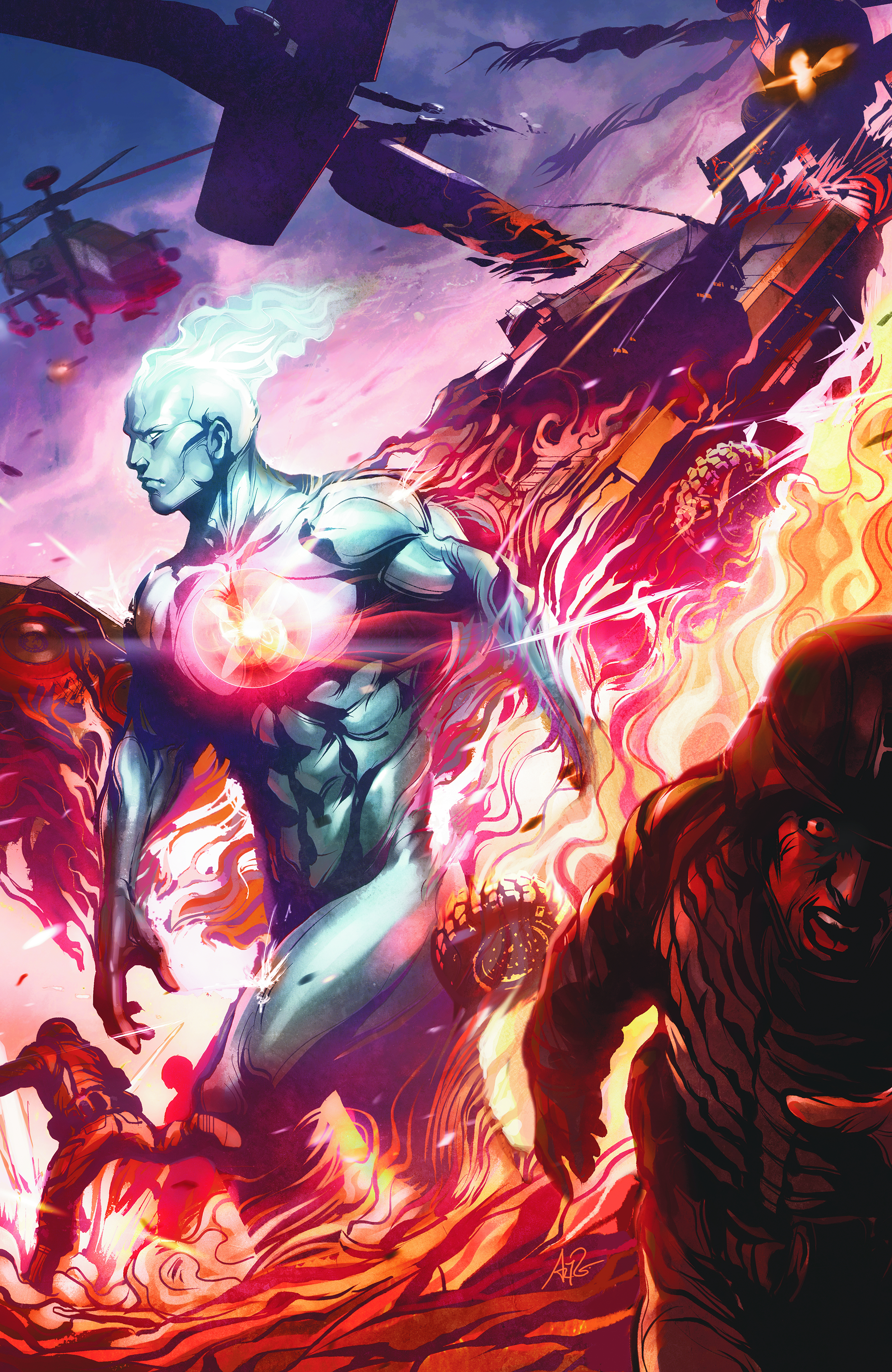 OCT110169
(W) J. T. Krul (A) Freddie Williams II (CA) Stanley Lau "Artgerm"
Before he received his godlike powers, Captain Atom was a military man - an Air Force pilot. Now, he's being recruited again to serve his country as only he can. But will Captain Atom go along with his new role as a weapon of mass destruction?