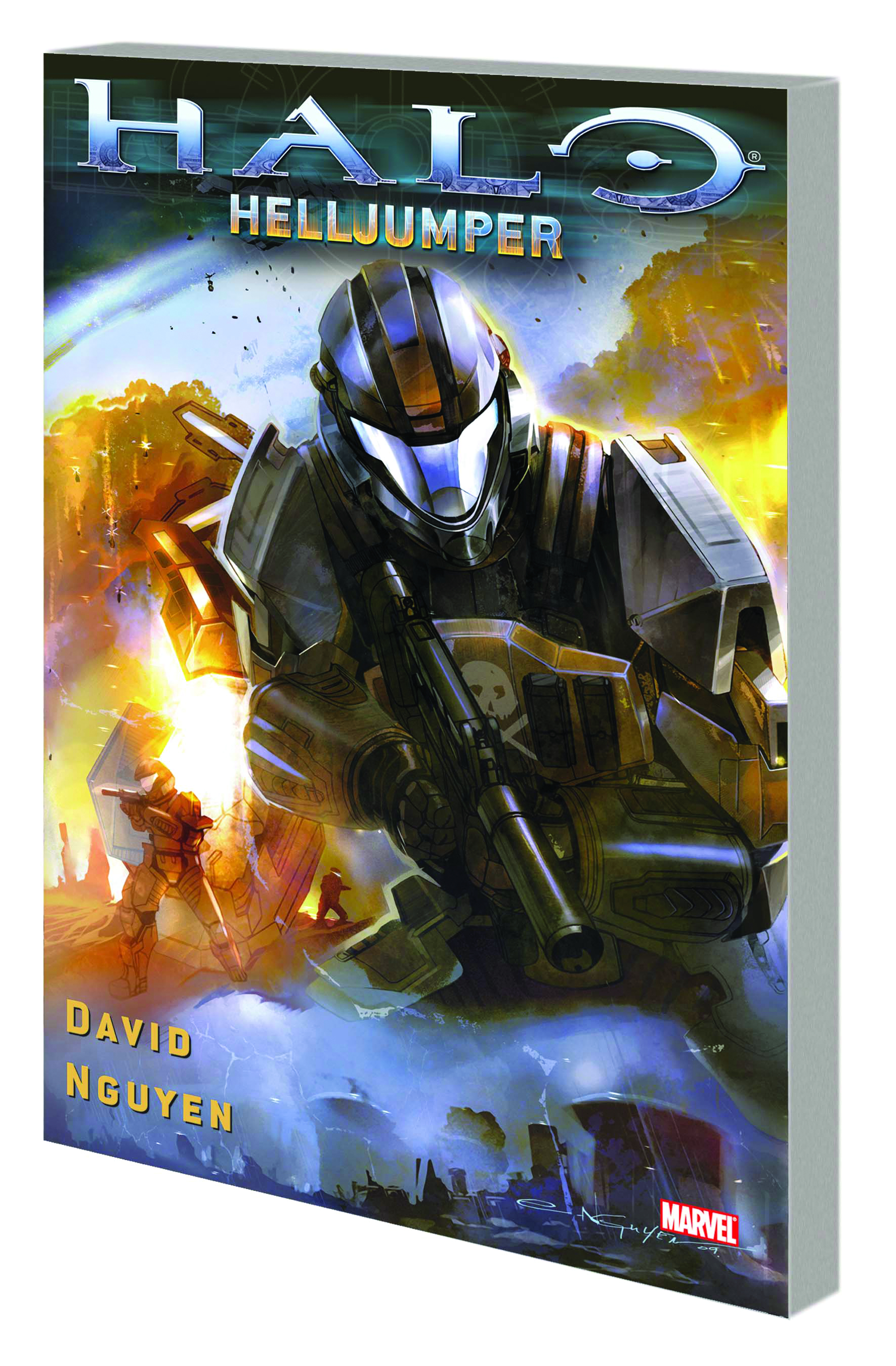 OCT100695
(W) Peter David (A/CA) Eric Nguyen
Written by PETER DAVID
Penciled by ERIC NGUYEN
Cover by ERIC NGUYEN
Helljumpers. The very name strikes fear in the hearts of even the most ruthless Covenant warriors. The Orbital Drop Shock Troopers of the 105th Division are the meanest, scariest, most battled-hardened marines the UNSC forces have to offer. No retreat. No surrender. The Helljumpers get the job done every time. Hoo-rah! But when the Helljumpers respond to an SOS call from the remote science colony Ariel, they stumble upon something that catches them off guard: The colony is deserted, seemingly abandoned by every man, woman and child who once lived there. The lone body on the planet's surface, a communications officer, appears to have died of fright. The discovery of a large Covenant military presence raises more questions than it answers. And when two Helljumpers get cut off from the rest of their squad, they'll have to battle through impossible odds to make it home. Can the marines uncover the mysteries of Ariel? And if so, can they make it off planet to tell the tale? If not, there'll be hell to pay! Collecting HALO: HELLJUMPER #1-5.
120 PGS./17 & Up ...$19.99
2010 Microsoft Corporation. All rights reserved.
Microsoft, Halo, the Halo logo, the Microsoft Game Studios logo, Xbox, Xbox 360, Xbox Live, and the Xbox logos are trademarks of the Microsoft group of companies. Bungie and the Bungie logo are trademarks or registered trademarks of Bungie, LLC.