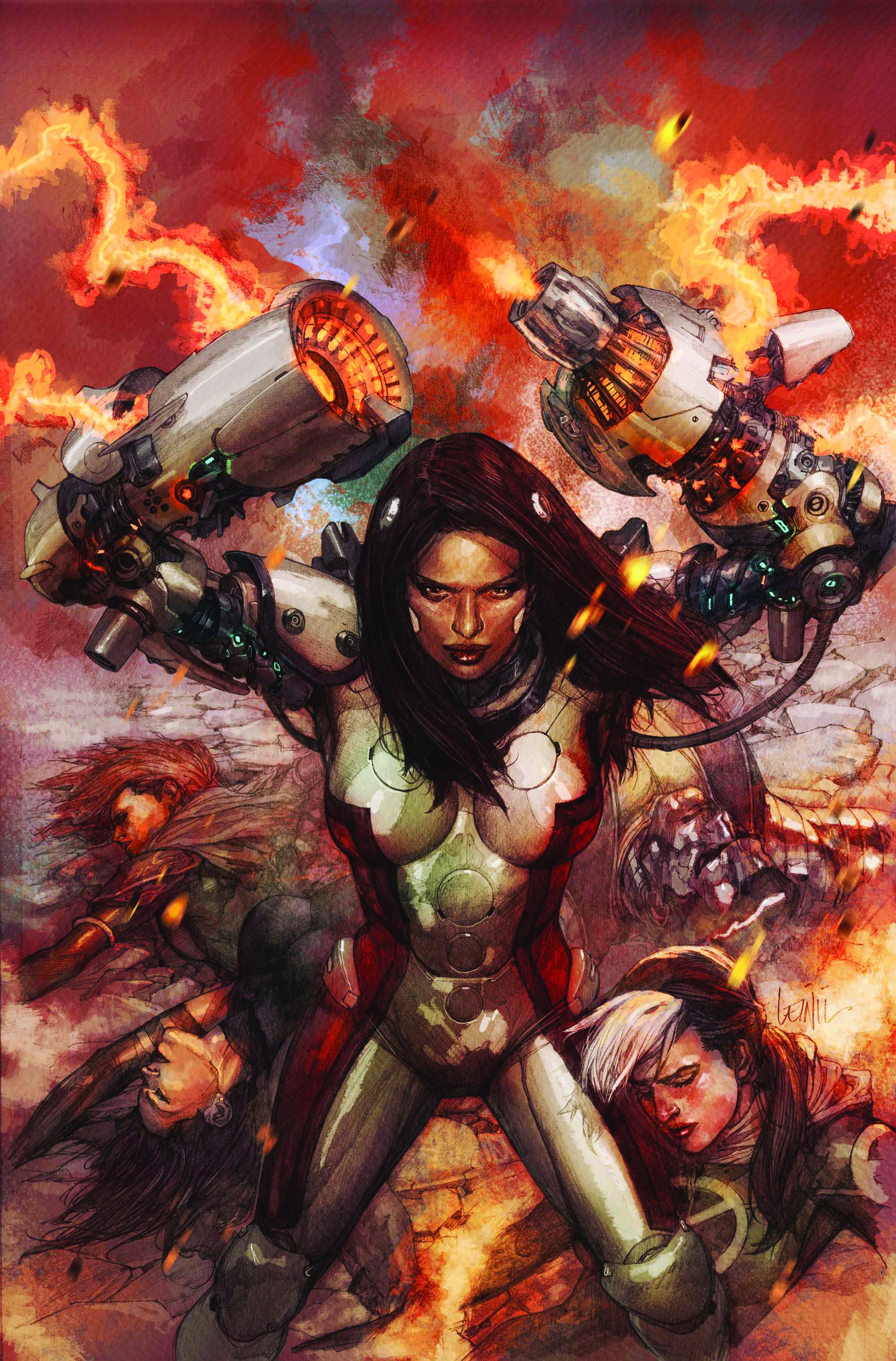 OCT100662
(W) Mike Carey (A) Paul Davidson (CA) Leinil Francis Yu
Written by Mike Carey
Penciled by Paul Davidson
Cover by LEINIL FRANCIS YU
"FABLES OF THE RECONSTRUCTION" CONCLUSION!
When the X-Men used an engineered virus to defeat Bastion's army of mutant-exterminating Sentinels, they didn't realize it would also compromise one of their own: Karima Shapandar, a.k.a. Omega Sentinel. With her reactivated Sentinel programming taking over, the X-Men find themselves in dire straits...and one X-Man may just cross the line in order to stop her!
32 PGS./Rated A