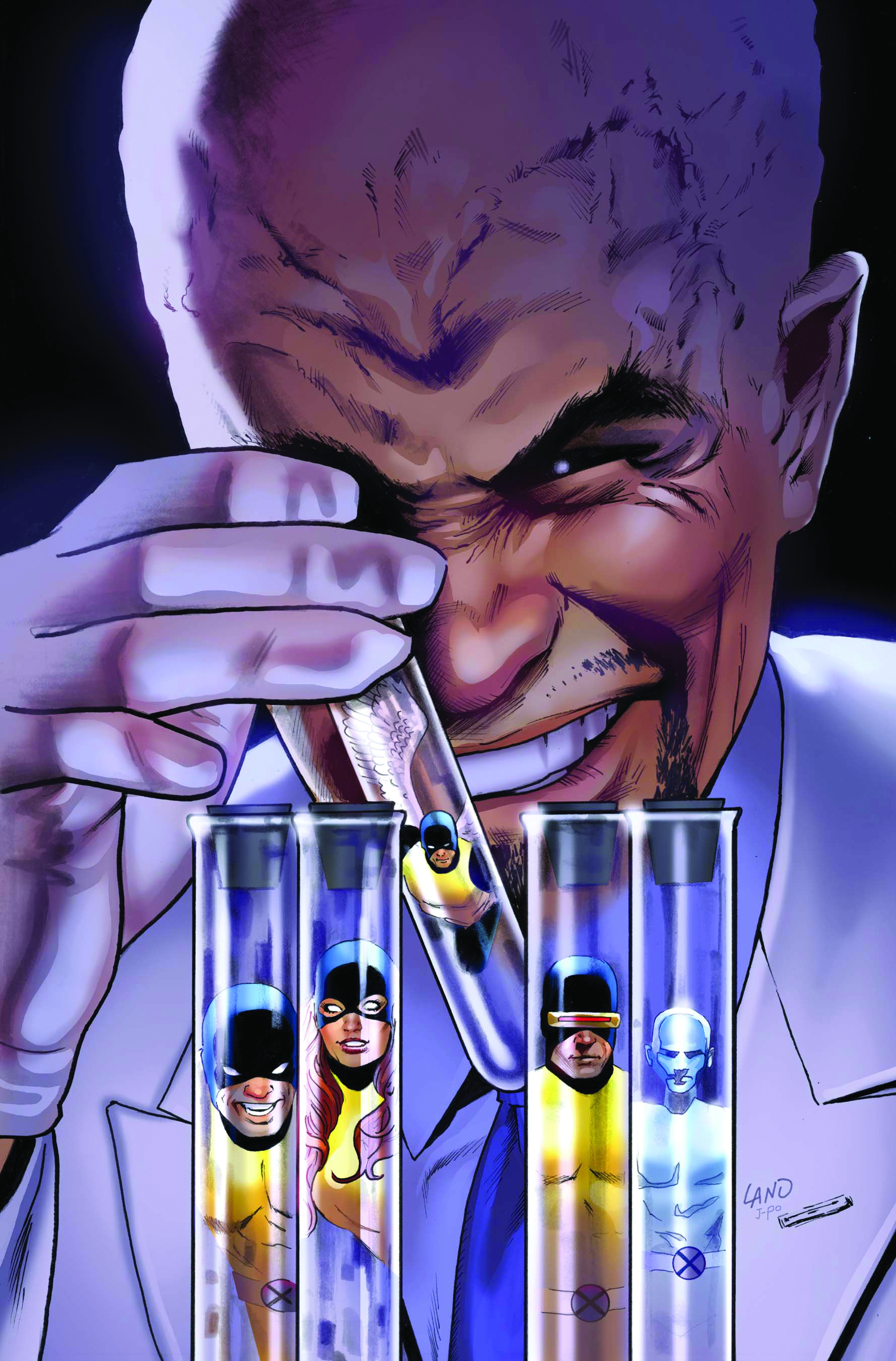 OCT100659
(W) Matt Fraction, Kieron Gillen (A/CA) Greg Land
Written by MATT FRACTION & KIERON GILLEN
Pencils & Cover by GREG LAND
"Quarantine"
The X-Men on Utopia are getting sicker and sicker and their powers are shutting down one-by-one. Wolverine's healing factor is down and he's suffering adamantium poisoning, but he's much better off than the mutants whose mutation defines their bodies, like Rockslide and Mercury. And if that weren't bad enough, The Collective Man has Chinatown in the palms of his many hands and the Sublime Corporation is kicking the plan they've been hatching since #515 into high gear!
32 PGS./Rated T+