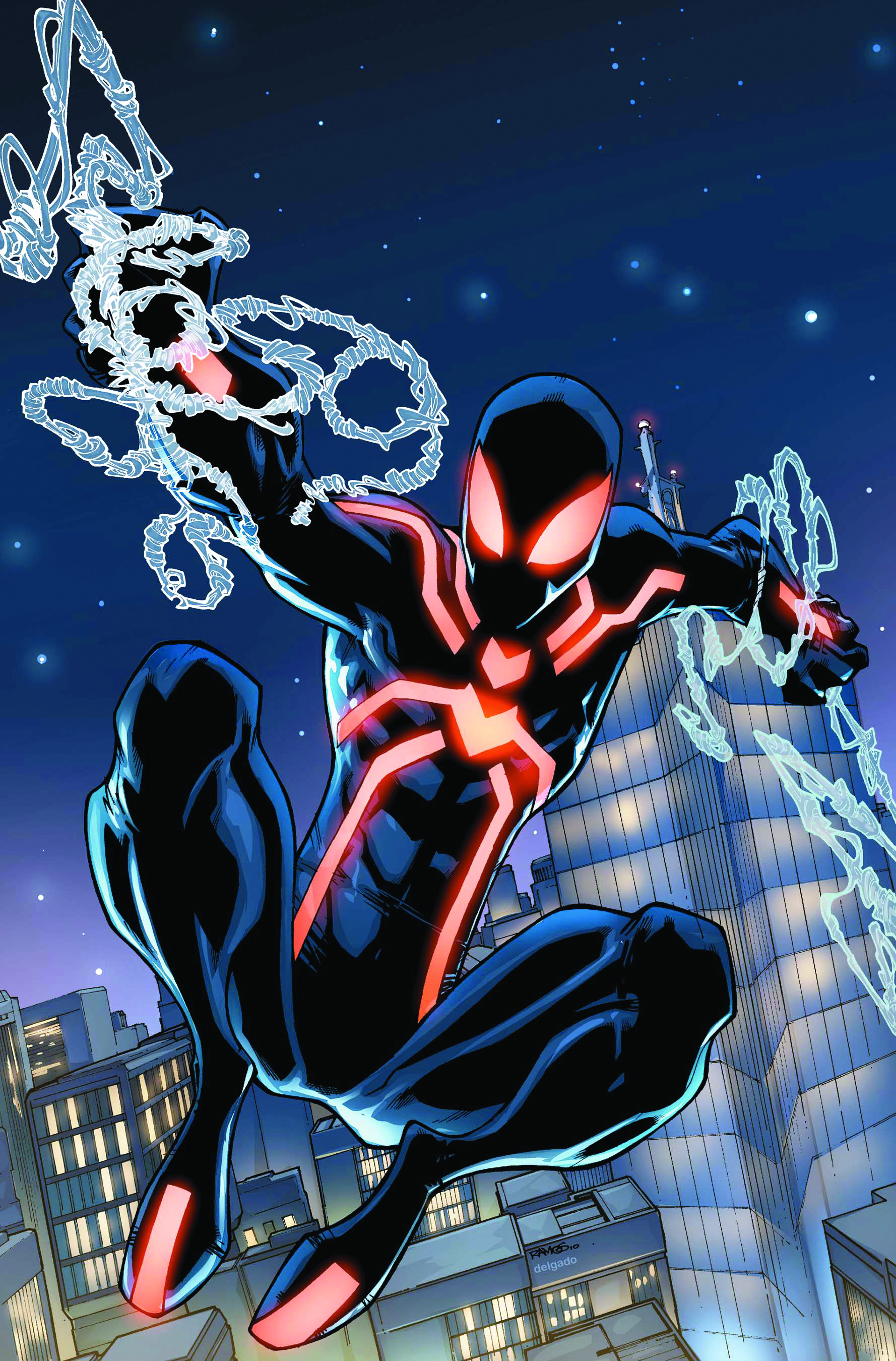 OCT100566
(W) Dan Slott (A) Neil Edwards (A/CA) Humberto Ramos
Written by DAN SLOTT
Pencils & Cover by HUMBERTO RAMOS
To face off against an amped-up HOBGOBLIN, you need an amped-up SPIDER-MAN!  What's the story behind Spidey's NEW SUIT?  What is it and what can it do?  Meanwhile, MACH 5 (from THE THUNDERBOLTS) faces off against one of Spidey's deadliest foes!  All this, and a secret side mission for THE BLACK CAT. Plus an additional 8 page story:  We showed you who was behind the HOBGOBLIN'S mask last issue.  But what were they up to BEFORE their startling return?  Here's where you find out!
40 PGS./Rated A