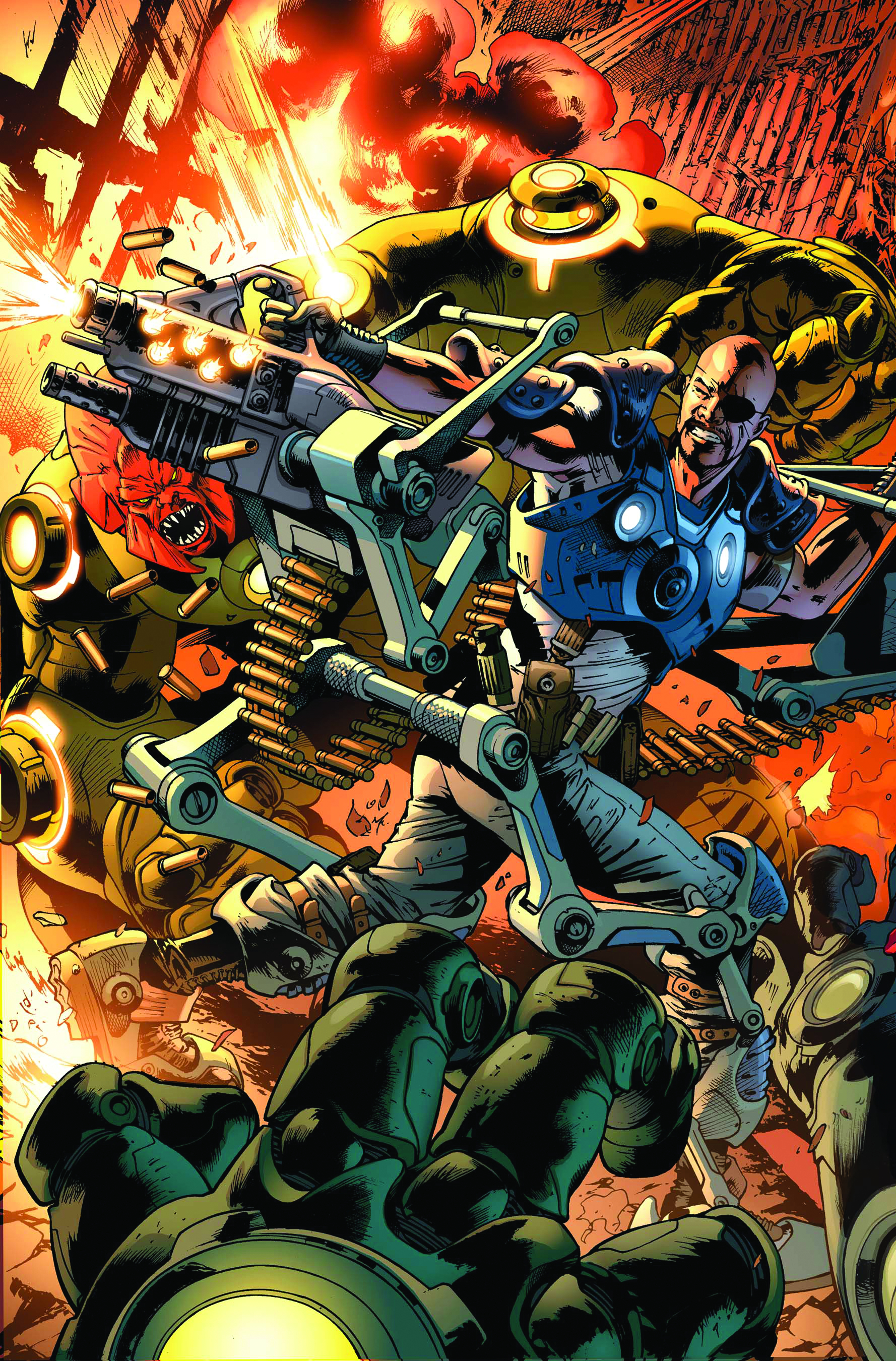 OCT100561
(W) Brian Michael Bendis (A) Rafael Sandoval (CA) Bryan Hitch
Written by BRIAN MICHAEL BENDIS
Penciled by RAFA SANDOVAL
Cover by BRYAN HITCH
Variant Cover by Terry Dodson
The enemy has revealed itself and the Ultimate Universe has been rocked to its very core.  Now, the surviving heroes must put together the most bad ass covert ops team ever if they have any chance of catching up to the enemy before he/she strikes again.  Ultimate Doom is a story you have never seen in a Marvel Comics, and we promise you--no hype--the Ultimate Universe changes forever. The dynamic duo of Brian Bendis (Mighty Avengers) and Rafa Sandoval (Avengers Initiative) bring you the concluding tale in the Ultimate Enemy trilogy-and it'll shock you beyond belief!
32 PGS./Rated T+