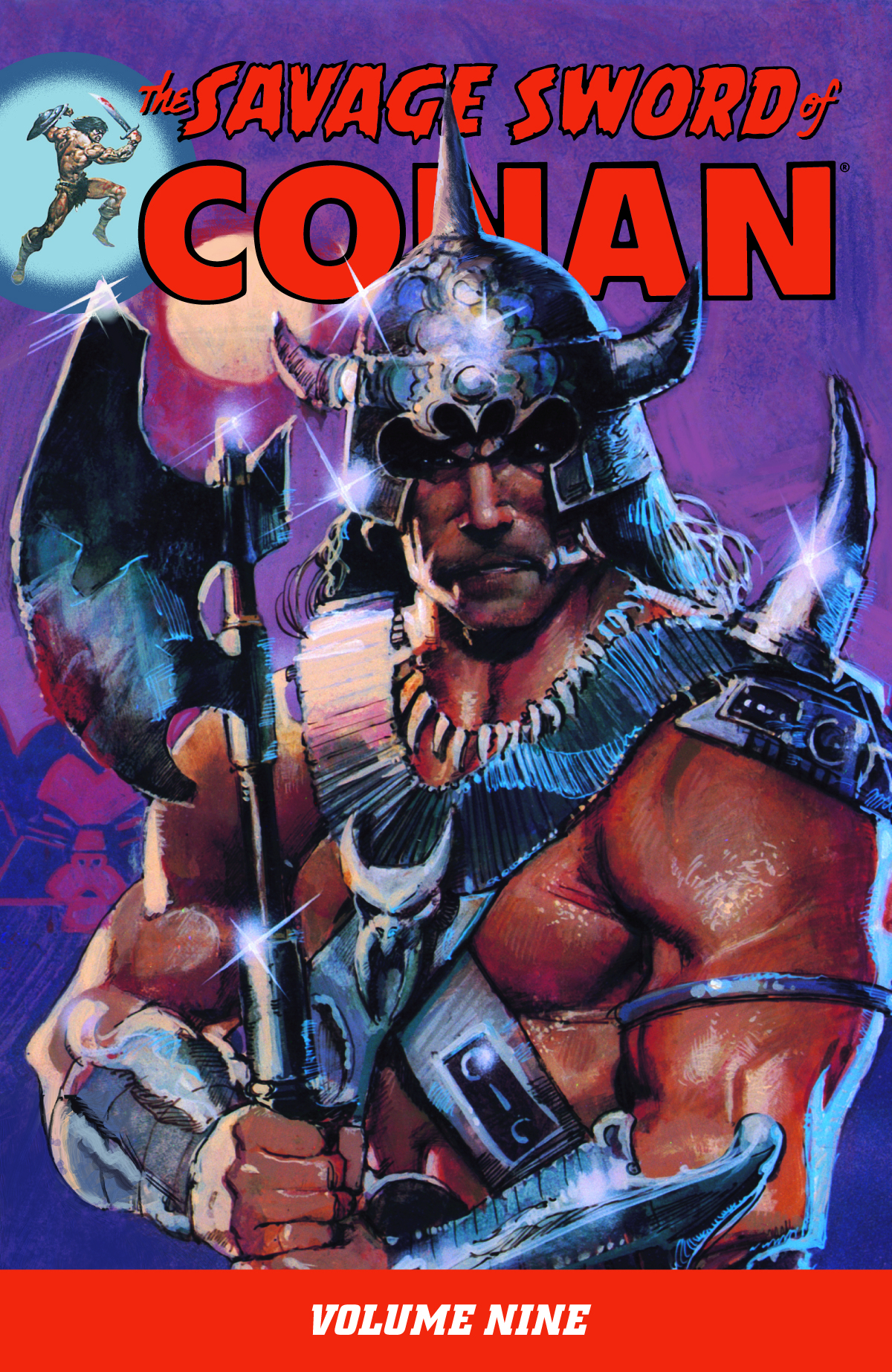 OCT100026
(W) Michael Fleisher (A) John Buscema, Val Mayerik, Pablo Marcos, Ernie Chan
Conan has his hands full in this set of era-defining stories by Michael Fleisher, John Buscema, Ernie Chan, Pablo Marcos, and other familiar talents! In these pages, the Cimmerian faces a demigod who wields the awesome powers of the leopard, three deadly dwarves, a siren with an army of undead pirates, and the return of the Devourer of Souls! Plus, fan-favorite stories "The Blood Ruby of Death," in which a priceless gem turns even the staunchest allies into enemies, and "When a God Lives," where the theft of a seemingly harmless statue unleashes the ancient, arcane energies of a god whose only goal is to destroy Conan!

o Over 500 jam-packed pages of adventure, betrayal, and revenge!

o This volume collects The Savage Sword of Conan #94 to #101, complete with covers, frontispieces, backup stories, and pinups from each issue!