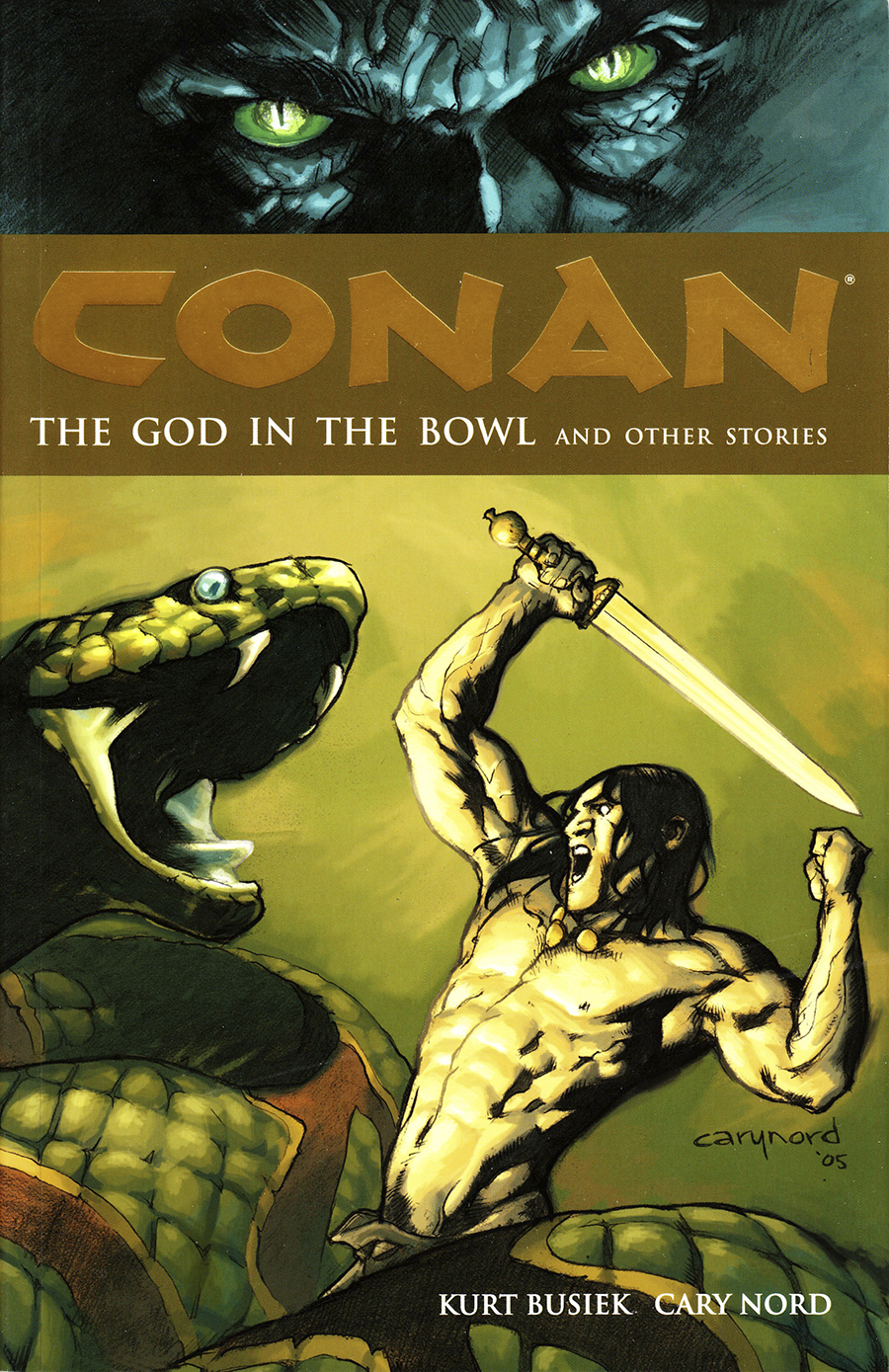 OCT098270
(W) Kurt Busiek (A) Tom Mandrake, Tom Yeates, Leinil Francis Yu (A/CA) Cary Nord
The critically acclaimed and award-winning creative team behind the runaway-hit revival are back with a brand new adaptation of one of Conan creator Robert E. Howard's best-known tales. Award-winning writer Kurt Busiek and artists Cary Nord and Dave Stewart render the glorious suspense of Howard's beloved "The God in the Bowl" in all its terrifying detail, as well as introducing not only Conan's most famed adversary, Thoth-amon, but a new female foil to Conan's exploits--Janissa the Widowmaker, bound by a pact to a witch who has sinister plans for Conan. Collecting issues #7, #9-#14 of the Dark Horse series.
In Shops: Jan 06, 2010
SRP: $15.99
View All Items In This Series