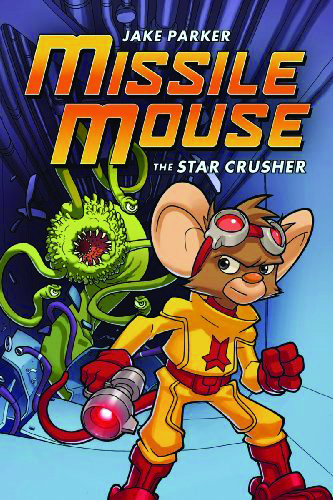 OCT090937
(W) Jake Parker (A/CA) Jake Parker
Missile Mouse, secret agent for the Galactic Security Agency, is a risk taker and a rule breaker, which is why he's in hot water at GSA headquarters. Then RIP, the Rogue Imperium of Planets, kidnaps a scientist who knows about the Star Crusher, a doomsday machine capable of destroying the entire universe. Missile Mouse battles giant space slugs, corrupt agents, killer bugs, and a pair of shark-headed thugs to save the day!
In Shops: Jan 06, 2010
SRP: $10.99
View All Items In This Series
ORDER WISH LIST