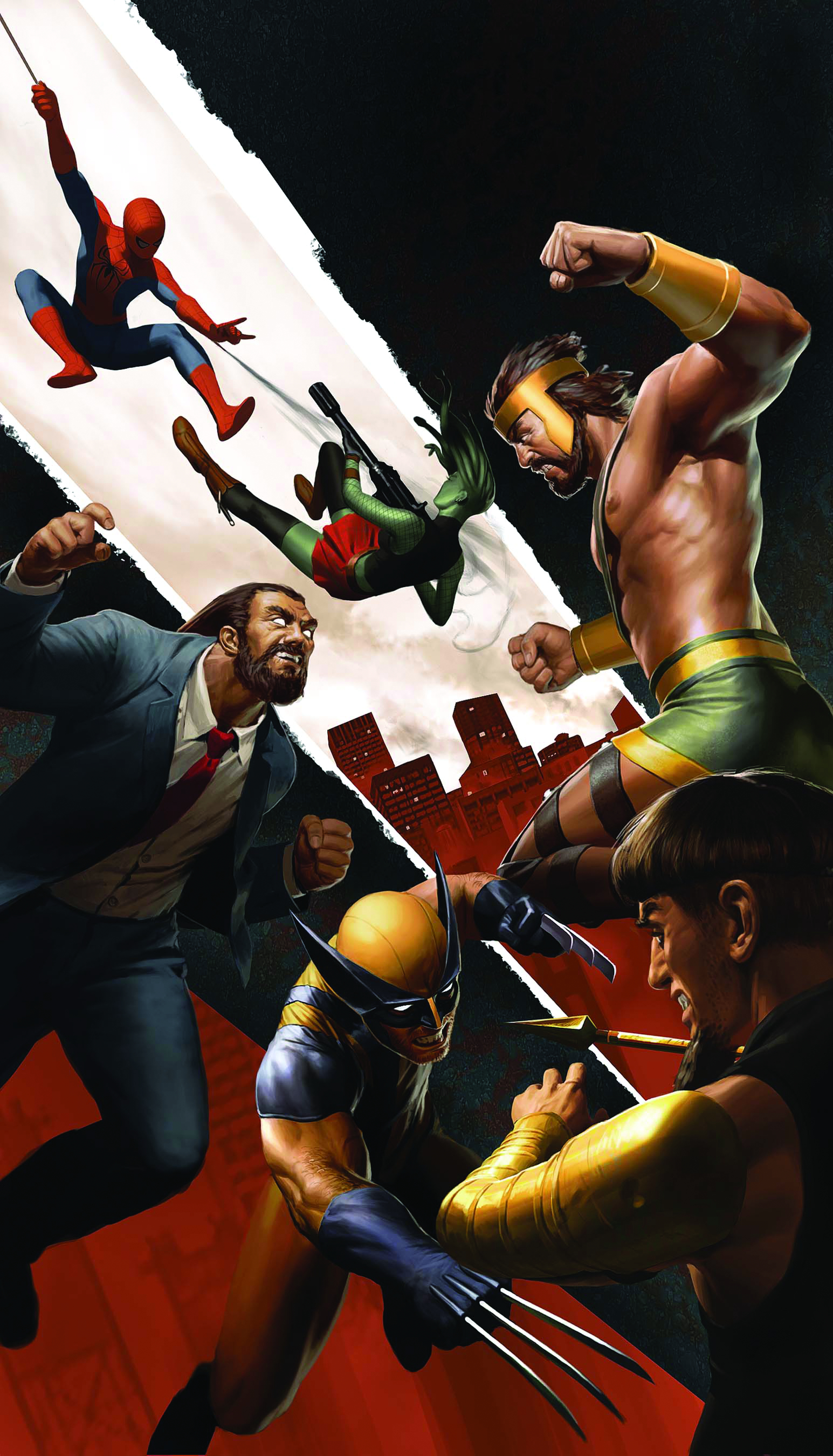 OCT090521
(W) Greg Pak (A) Rodney Buchemi (CA) Michael Bierek
Written by GREG PAK, FRED VAN LENTE & JEFF PARKER
Pencils by RODNEY BUCHEMI & GABRIEL HARDMAN
Cover by MICHAEL BIEREK
"ASSAULT ON NEW OLYMPUS," Part 2 (of 4)-Hercules leads the New and Mighty Avengers against the overwhelming forces of Hera's New Olympus -- but these are no ordinary foes our heroes face, but the gods themselves! Can the superpredator Wolverine outfox an immortal Huntsman? Can Spider-Man out-webspin the divine Arachne? Can Henry Pym outgrow the giant Argus? And with his love Delphyne Gorgon prepared to slay his mentor Athena, Amadeus Cho must make a final, fateful choice!
40 PGS./Rated T+ ...$3.99