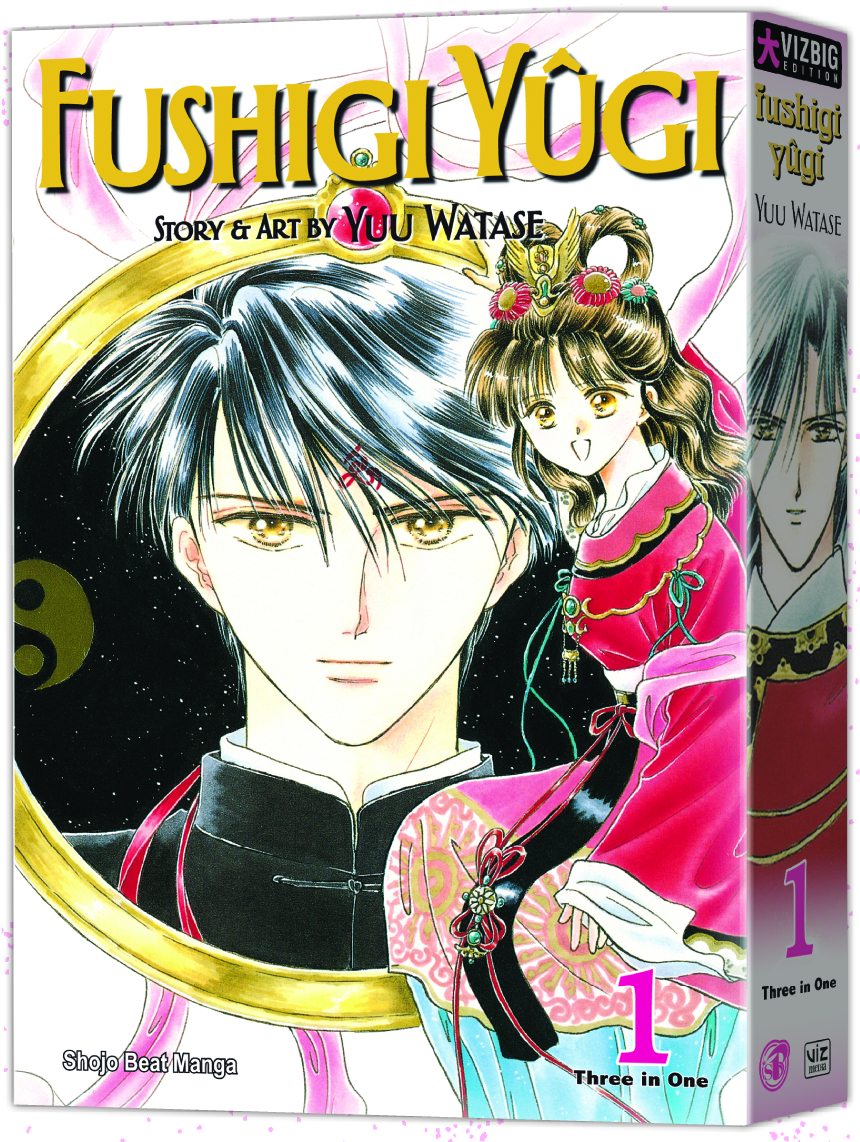 OCT084450
(W) Yuu Watase (A/CA) Yuu Watase
by Yuu Watase
BONUS! New color pages!
Fifteen-year-old Miaka Yuki is transported into an ancient Chinese kingdom by an old library book, The Universe of the Four Gods. Following the legend in the book, Miaka becomes the Priestess of Suzaku and must find her seven celestial warriors before she can save the kingdom and return home.
Read the shojo manga that started it all! Fushigi Yugi, the bestselling series from beloved creator Yuu Watase is now available in a VIZBIG Edition--three of the original graphic novel releases collected into one volume, including color artwork and new bonus content!
Miaka is a junior high school student studying for entrance exams for Johan High School, the top school in the city. Not academically inclined, Miaka would rather forget studying and spend more time eating snacks--her favorite pastime--but she's cramming for the exam to please her mother. While studying at the library with her best friend Yui, she finds an old book called The Universe of the Four Gods. Upon reading the book, the girls are transported to a land resembling ancient China. Immediately on their arrival, a pair of bandits attempts to abduct Yui! A mysterious young man with the kanji for "demon" on his forehead comes to their rescue, but now he wants to be paid for his act of heroism!