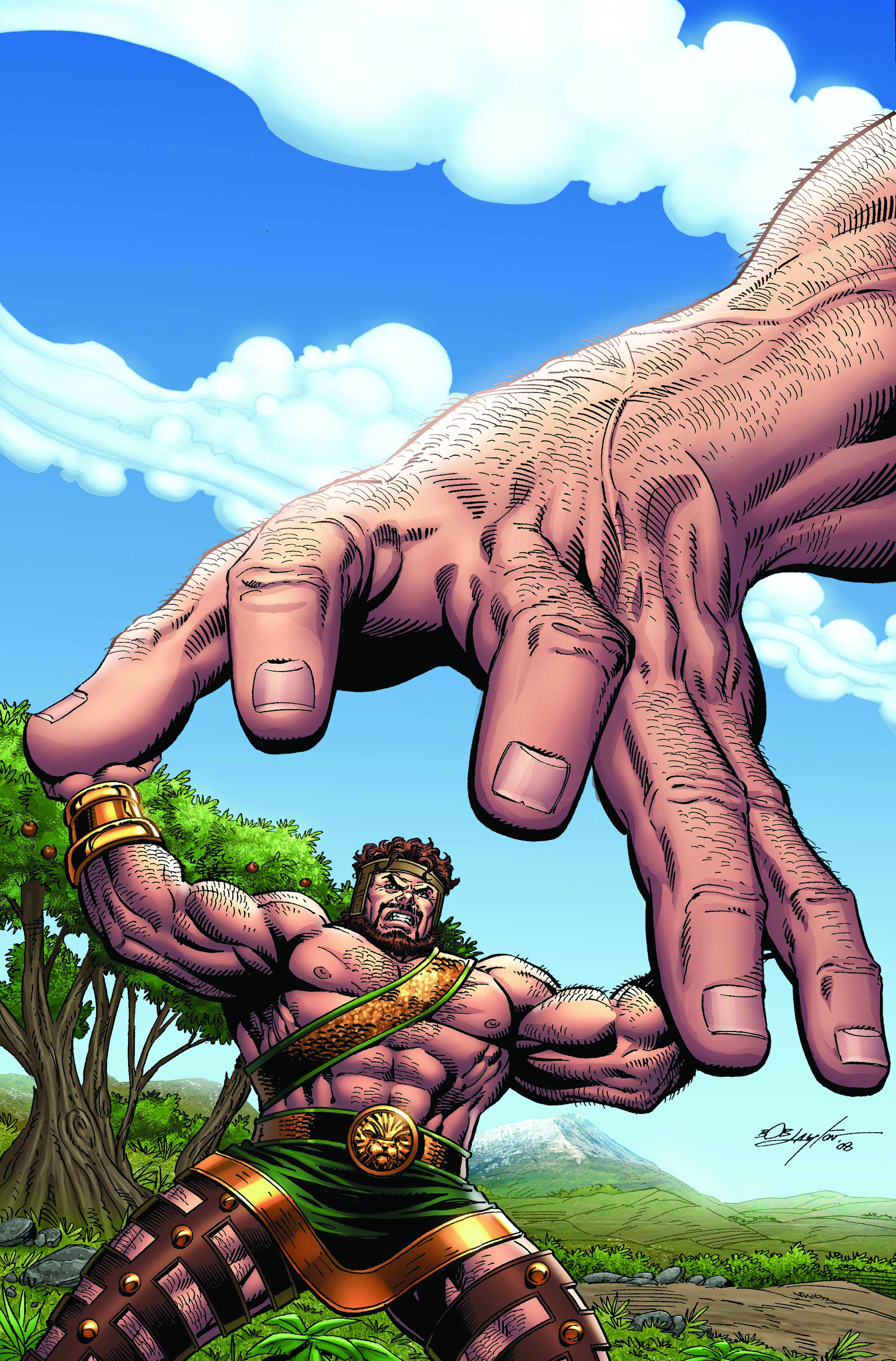 OCT082398
(W) Greg Pak (A) Salva Espin, Clayton Henry (CA) Bob Layton
Written by GREG PAK & FRED VAN LENTE
Art by CLAYTON HENRY & SALVA ESPIN
Cover by BOB LAYTON & GURU eFX
Villain Variant by TBA
"LOVE AND WAR" (Part 4)-Hercules, Namora and Athena rush to Washington, D.C., to stop the Mad Amazon Artume from shifting the Axis Mundi and placing the whole world under her control. But now Artume has both Amadeus Cho and the mightiest of the Titans, ATLAS, at her beck and call - and Atlas hasn't forgiven Herc for ripping him off during the Eleventh Labor!
32 PGS./Rated A ...$2.99