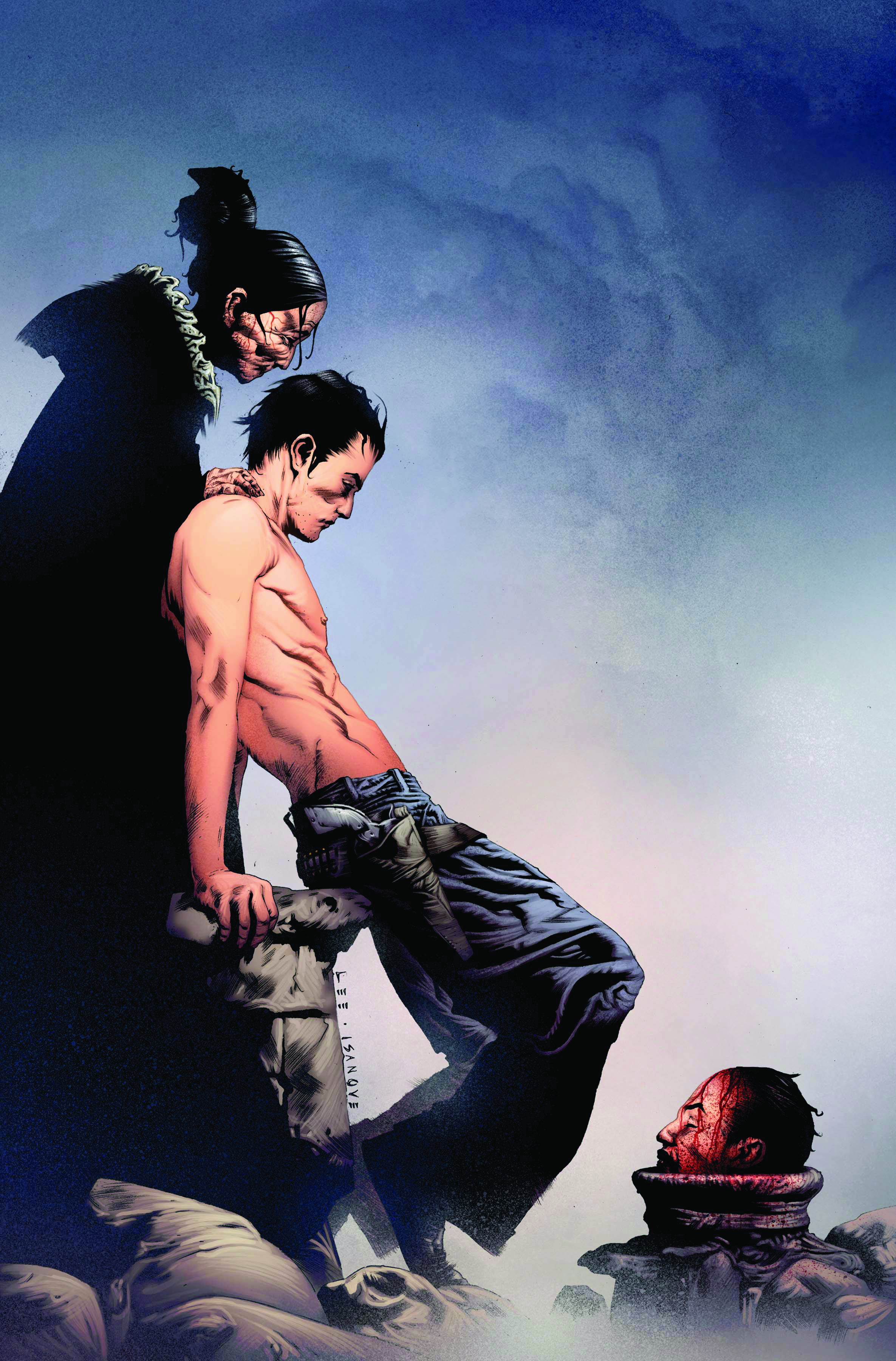 OCT082360
(W) Peter David, Robin Furth (A/CA) Jae Lee
Written by PETER DAVID & ROBIN FURTH
Art and Cover by JAE LEE & RICHARD ISANOVE
Variant Cover by RICHARD ISANOVE
Sketch Variant Cover by JAE LEE
Due in part to the Good Man Farson's defeat in Hambry, his forces are momentarily weakened.  If Steven Deschain and his gunslingers can mount a surprise attack they will not only defeat Farson, but also destroy the arsenal Farson has acquired to destroy Gilead.  But is there a traitor in their midst who will alert Farson to the plan?  This one you cannot miss!
40 PGS./Cardstock Cover/Parental Advisory ...$3.99
2008 Stephen King. All rights reserved. Published by arrangement with The Doubleday Broadway Publishing Group, a division of Random House, Inc.
This comic series is produced under license from The Doubleday Broadway Publishing Group and Stephen King.