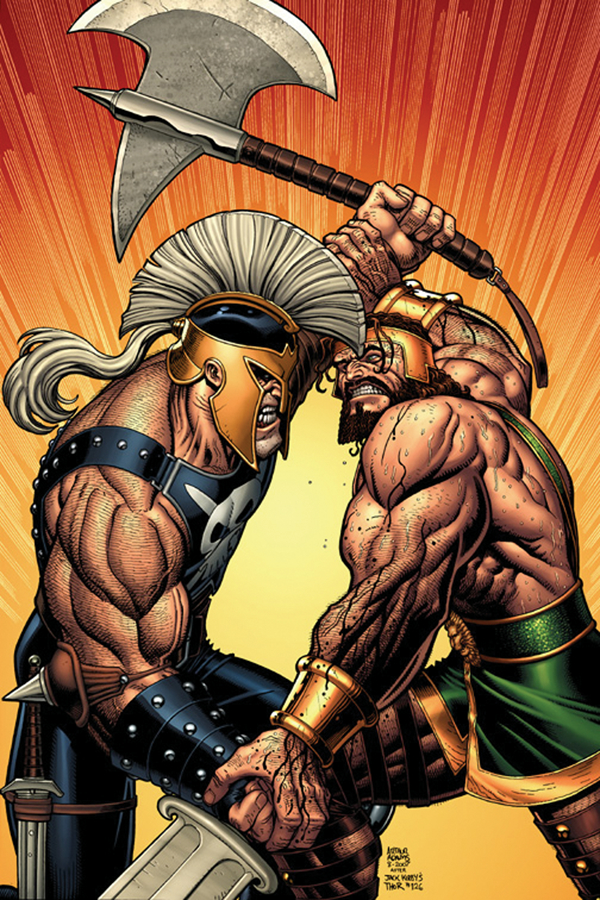 OCT078499
(W) Greg Pak (CA) Bob Layton (A/CA) Khoi Pham
written by Greg Pak & Fred Van Lente; penciled by Khoi Pham; variant cover by Bob Layton
From Marvel Comics. That's right True Believers! After the earth-shattering-literally!-events of World War Hulk, the jade giant is seemingly no more and new heroes must rise up in Incredible Hercules #113! Written by World War Hulk architect Greg Pak and acclaimed author Fred Van Lente, and featuring the art of rising star Khoi Pham, this is the comic that everyone's already buzzing about! When confronted by S.H.I.E.L.D., Hercules and Amadeus Cho are faced with quite possibly the toughest decisions of their lives and...well, let's just say that their final choice will leave your jaw on the floor! As Hercules' past, present and future collide, Pak, Van Lente and Pham set Incredible Hulk on a path so powerful, so controversial that the entire series must be renamed Incredible Hercules as of issue #113! If you thought you knew what to expect from Herc, think again folks-this is the issue that'll make you a Hercules fan for life! Scheduled to ship 01/16/08. (161)